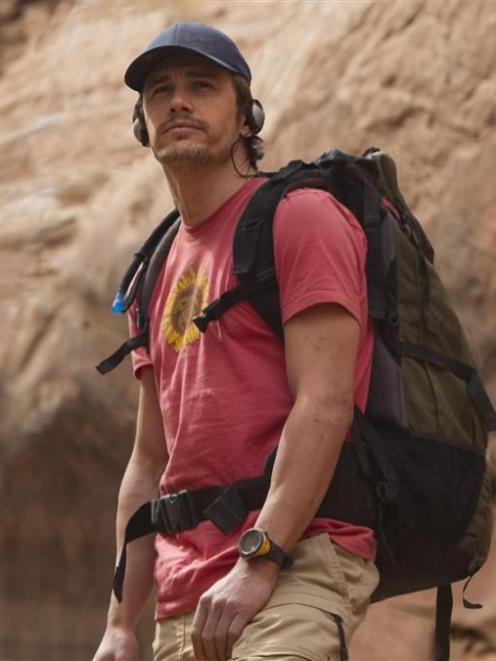 
127 Hours is a blow-by-blow account of how Aron Ralston cheated death in a remote Utah canyon. Trapped above his wrist by a boulder, Ralston realises his only option is self-mutilation.

So outstandingly visceral is Ralston's recollection, supported by handycam footageof the horrendous predicament, 127 Hours would have been perfect for the Touching the Void treatment. However, director/screenwriter Danny Boyle (Slumdog Millionaire) preferred 100% dramatic re-enactment.

James Franco is an inspired choice to play Ralston. His total immersion in a role is so convincing, Ralston himself approves.

To alleviate the excruciating pain of being stuck in a crevasse with Ralston for an interminable period of time, Boyle mistakenly figures that style should supplant substance.

Fortunately, he doesn't ignore that large elephant in the room, the gore-fest that is Ralston's DIY surgery.

Beautiful to look at and imaginatively edited, Aron Ralston's audacious escape from a clay coffin would be just as mesmerising if you experienced it as a talking book.


Best thing: The scarcely believable act of self-mutilation. An amazing combination of acting, filming and editing that feels so real, it'll have the squeamish diving for cover.

Worst thing: Knowing how the story ends while having to endure the exposition.

See it with: Anyone not troubled by claustrophobia, severed limbs and blatant signposting.