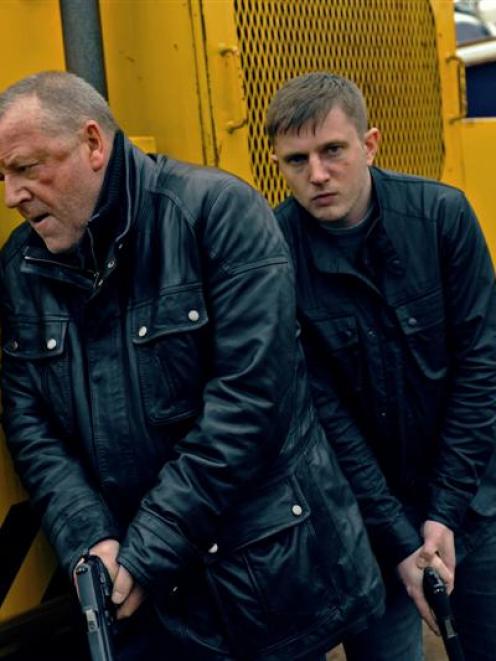 With not a whiff of the 1970s styling that made the British television series a hit, this reboot owes more to US action flicks than gritty cops and robbers ... except for the accents.

Gasping and wheezing his barely decipherable cockneyisms, Ray Winstone is perfectly cast as Jack Regan, but Ben Drew (aka Plan B) as his sidekick George Carter seems a little overawed. Perfectly understandable really, Winstone is a tour de force.

Baring more skin than was comfortable in Sexy Beast, Winstone shows that an expanded girth and the deep crevices associated with ageing are no impediment to sexual conquests - in the film world, anyway. Winston's ability to seduce a beautiful woman less than half his age is impressive, but not nearly as much as his ability to hold a film purely on yet another turn as a hard-as-nails diamond geezer.

The Sweeney's plot has more holes than a doughnut shop and if it wasn't for the stylish Top Gear-inspired car chases, classic East End banter, and Winstone's cool-as-a-cucumber rogue, it would stink. To do The Sweeney television legacy justice, the scriptwriters should really have come up with something better than the old chestnut of a criminal nemesis arriving back in town to taunt our hero, with some shady Serbians thrown in. Based purely on the stylish shooting of London streets, old-school machismo and Winstone fulfilling every midlife crisis FHM-inspired fantasy, The Sweeney is not half bad.

Best thing: The shoot-em up scene in Trafalgar Square.
Worst thing: The cliched plot.
See it with: Anyone unfamiliar with the television series.