Etta James an artist to be reckoned with 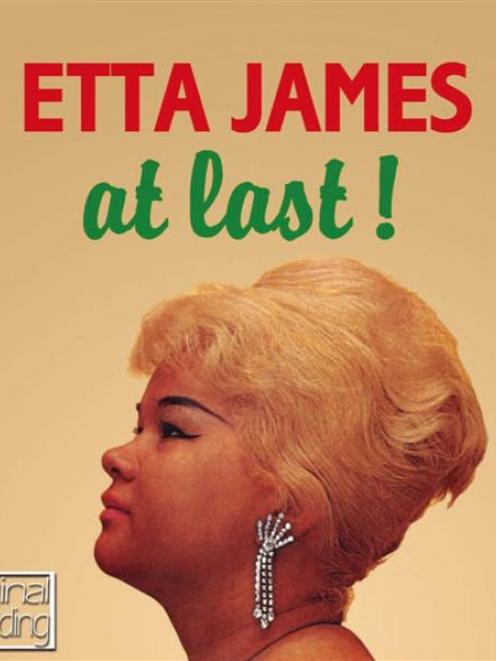 Prior to the release of her attention-grabbing 1960 debut album At Last! Etta James had clocked up more testing experiences than most women her age.

The 22-year-old Los Angeles-born singer brought to the LP a background in church choirs, a hit-making teen vocal group and several years as a jobbing soloist. She also carried with her the memory of abuse at the hands of foster parents, which had threatened to extinguish the fire in her belly for music before it had taken hold.

Bandleader and talent scout Johnny Otis recognised the potential in troubled 14-year-old Jamesetta Hawkins, who was then performing with girl group the Creolettes. He signed the group to his Modern Records label, renamed them the Peaches and gave the young singer her stage name.

An unremarkable stint as a solo artist followed James' early success with the Peaches before a deal with Chess paired her with ex-Moonglows singer Harvey Fuqua for hit singles If I Can't Have You and Spoonful, which were soon followed by her first solo R&B hit All I Could Do Was Cry.

With so much behind her, James was well primed for her full-length Chess debut, an album of jazz, blues and R&B numbers that would give her scope to explore a broad dynamic range.

Against a background of orchestral arrangements designed to smooth her gritty blues edge, James put in the performance of a seasoned artist. Smouldering through the torchy ballads, summoning something more primal on the bluesy tracks and punching big notes with power and ease, James breathed new life into some familiar material.

Skillful readings of A Sunday Kind Of Love and Stormy Weather rate among the finest, while with Trust In Me and the soulful title track, James shifts from the light and romantic to the fiery and passionate with a conviction that commands respect.

With 10 well chosen, expertly sung tracks, Etta James proved herself an artist to be reckoned with.