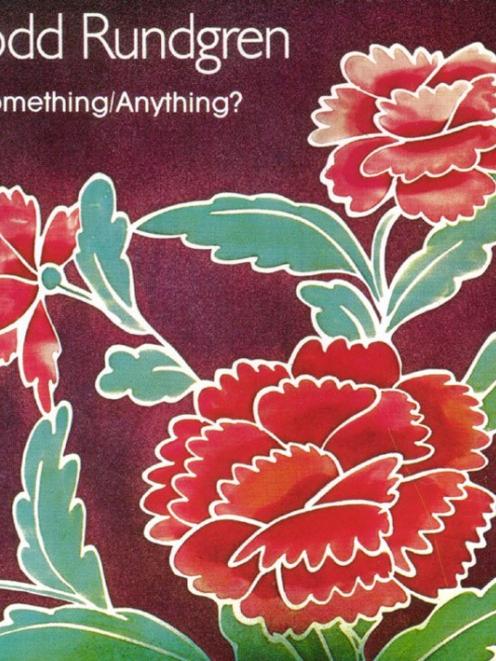 Today, any musician contemplating playing every instrument and singing every part on a rock album will be stretched by the task but will at least have unlimited-take digital technology as a safety net.

Todd Rundgren's experience as a producer, solo artist and one-time member of garage-rock band Nazz had taught him that time spent perfecting his own performance was preferable to time spent coaching session players.

He faced with relish the prospect of navigating alone the rolling reels of tape and countless time-consuming, manual synching exercises involved in recording.

Third solo album Something/Anything? (1972) is an expansive tour de force over four sides, three of which feature Rundgren on all instruments and vocals.

The fourth side, a collection of hastily constructed studio jams irrelevantly titled Baby Needs a New Pair of Snakeskin Boots (A Pop Operetta), show the multi-tasker to be as engaged amid the horns, extra guitars and backing vocalists as he is as a one-man band on the first (A Bouquet of Ear Catching Melodies), the second (The Cerebral Side) and third (The Kid Gets Heavy).

Rundgren's public image at the time was as pop music's bright new hope, and Brill-building-influenced soft-rockers such as Top 20 hit I Saw The Light and Top 5 hit Hello It's Me, along with a handful of other blue-eyed soul numbers, are among the era's most satisfyingly sweet treats.

But Rundgren's Ritalin-and-reefer-fuelled sessions take him far beyond this radio-friendly territory.

From the raunchy soul of Wolfman Jack to the proto-disco space music of Breathless, the psych-rock of The Night The Carousel Burned Down and the hard-edged testosterone blues of Black Mariah and Little Red Lights, no hallmark of '70s music is ignored.

In some other dimension, were Prince and Harry Nilsson ever to forge body and soul into one, another album such as this might be possible. Until then, Something/Anything? will occupy its own curious space.