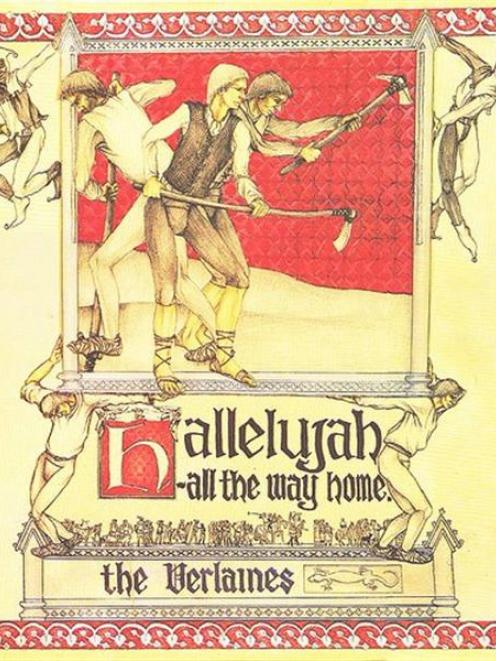 Graeme Downes set himself an almighty challenge when he first strapped on an electric guitar in the name of rock 'n' roll. His training, instincts and passions were not about this.

Not really. Yet he set his eyes on an ever-receding horizon, a place where classical forms and instruments, unconventional song structures and more contemporary sounds would synthesise, producing original music from which he could take unmitigated satisfaction.

All this for an audience that, for the most part, couldn't care less about the higher learning that informed his art but which, on witnessing the first ambitious outings of his band the Verlaines, revelled in the group's capacity to stir up powerful visions and set the body moving.

The Verlaines' first album, released in 1985 on the Flying Nun label, drew on a set of songs that had been worked into shape by a highly intuitive three-piece line-up.

Hallelujah All The Way Home, as much a triumph of drummer Robert Yeats' unbreakable focus and bassist Jane Dodd's well-rounded musicianship as it was Downes' far-reaching aspirations, presented the band as a unit in need of little assistance to execute the plan.

Each member had, for entirely pragmatic reasons, learned to translate Downes' as-yet unfulfilled desire for richer instrumentation into a performance that suggested fuller orchestration. In the live setting, expansive songs such as It Was Raining, Phil Too?, For The Love Of Ash Grey and true epic The Ballad Of Harry Noryb had never struggled to reach great heights, and so the studio addition of French horn, clarinet and cello was icing on an already tasty cake.

The album's early-music flavour, complemented by Charles Stone's meticulous cover art, reinforced Downes' presence as Dunedin's musical time lord, seemingly witness to all manner of desperate situations. And in the way of his television counterpart, the good doctor has refused to remain in one place ever since, picking up acolytes and companions along the way and leaving others behind.