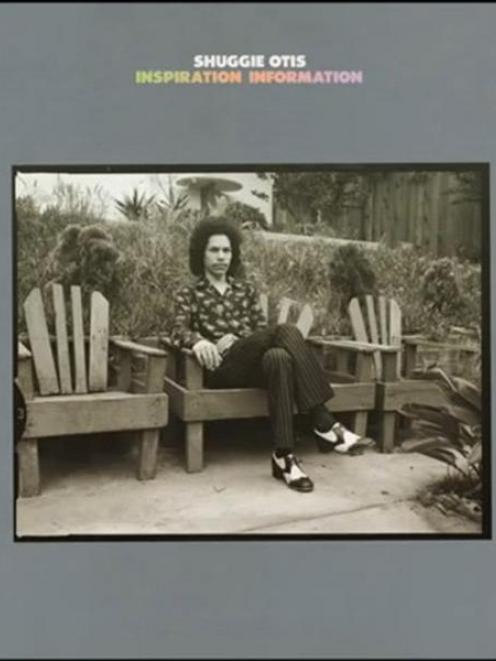 Powerful, attention-grabbing statements are not Shuggie Otis' way. As a teenager, the prodigiously talented R&B guitar player quietly got on with the job of performing professionally in his father's band, disguised so as not to attract attention.

By age 15, the son of band leader and impresario Johnny Otis had recordings with the likes of Al Kooper under his belt and would go on, over the next couple of years, to build up an impressive CV of sessions for the likes of Frank Zappa, Etta James and Bobby ''Blue'' Bland.

Shuggie's desire to let his music speak for itself led him to assume production responsibilities for his third solo album for Epic Records. Free to work alone, and in no hurry to deliver on his contract, he took three long years to piece together the psychedelic soul work that would so underwhelm his backers that it effectively killed his career stone dead.

But Inspiration Information (1974) has refused its consignation to the bargain bins. Rerelease of an extended edition on David Byrne's Luaka Bop label in 2001 and last year's two-CD Inspiration Information/Wings Of Love have brought Otis out of seclusion, honouring the album's status as a warm and welcoming diversion into fluid funk.

Some of the LP's charm lies in Otis' use of primitive analogue drum machine to underpin the unhurried groove. The touch of naivety complements Otis' lightly sung vocals, which paint him as the quietly cool deep thinker in the crowd, the chilled-out tortoise among the hares.

By side two, Otis has ditched words altogether, the remainder of the album given over to sweetly languorous instrumentals, soft-edged soul-jazz numbers that hint at the coming disco age without suggesting the effort might raise more than a bead of sweat.

A Prince without ants in his pants, a Sly Stone without the noisy extended family, Otis turns out a tasteful tapestry of layered guitars, keys and strings deserving of its second and third lives.