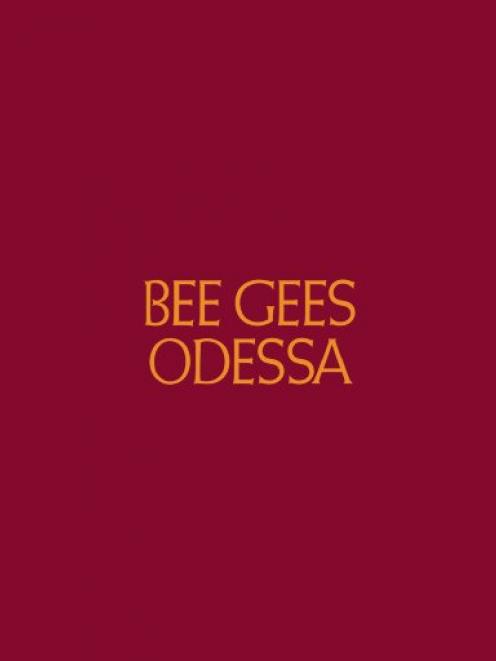 In the age of the single download, Jeff Harford rediscovers the album. This week: The Bee Gees' Odessa.

The Bee Gees spent a fair amount of time apologising for their bravest and most fascinating work, a concept double-album of no fixed concept that rounded off an eventful decade with a whimper rather than a bang, at least in a commercial sense.

Finger-pointing, too. Barry and Robin Gibb at each other, over the battle of egos that ultimately saw Robin quit the band, and the band at manager Robert Stigwood for encouraging them in their doomed project.

Odessa (1969), the final album for the group's original line-up of brothers Barry, Robin and Maurice with drummer Colin Petersen, was pieced together from sessions in London and New York amid the hubbub of 24 months of touring, recording and promotion.

To this day, no-one is on record with a clear statement of intent for the album, though Barry has conceded there was supposed to be ''a thematic thing going on'' which quickly dissipated.

Certainly, Robin's bold and bizarre opening track Odessa (City on the Black Sea) delivers a strong narrative lead with its tale of shipwreck and survival atop an iceberg but strains of Baa Baa Black Sheep, flamenco guitars and Gregorian chanting take the song into a confused dreamworld where anything might happen.

Next track You'll Never See My Face Again, with Barry on lead, could be said to have a tenuous hold on whatever thread there is but from there it's off into a riveting mix of styles and subjects, from country-rockers to plaintive ballads.

Barry and Robin trade songs in what was surely an unwitting battle for the band's direction, Robin following adventurous tangents and Barry sticking to his knitting, pulling off a hatful of heart-string pullers, including single First Of May, Sound Of Love and Melody Fair.

Bill Shepherd's inspired string arrangements swathe the album in velvet, a texture mirrored by the red flock cover that marked Odessa as a collector's item for those with a taste for the finer stuff.