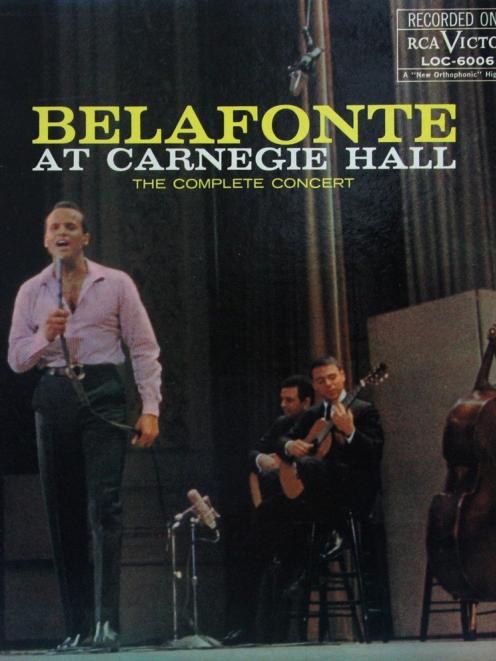 Harry Belafonte's challenges as a black performer wooing a predominantly white audience in the late 1950s were many. The inescapable truth was that his physical beauty, fairness of skin and cocoa-rich baritone would open doors that would just as quickly slam shut should he not tread his pioneering path with care.

The Harlem-born, Jamaica-raised singer and actor had broken through with million-selling 1956 album Calypso, a collection of Afro-Caribbean songs largely in the mento style. But Banana Boat Song (Day-O), Jamaican Farewell and Man Smart (Woman Smarter), which would both define and limit his career, painted too sunny a picture for an artist bent on improving the lot of African-Americans.

Those easy-listening hits gained him an audience, which flocked to his shows in record numbers. And now that he had the ear of thousands, he could bring other music to the stage, tunes that spoke not only of the tropical idyll but also of suffering and shame.

He could also cast his net wider to include music inspired by indigenous communities the world over.

Belafonte At Carnegie Hall, a double album recorded over two consecutive nights in April 1959, presents the artist as singer and storyteller. Backed primarily by a four-piece combo but now and again calling on the fuller accompaniment of a 47-piece orchestra, Belafonte delivers a masterful performance over three acts: Moods of the American Negro, In the Caribbean and Around The World.

The calypso hits and lighter moments are there, including a spirited take on infectious hit Mama Look A Boo Boo and an odd diversion into lampoonery titled The Marching Saints, but so are the spirituals, chain-gang songs and folk songs that add a poignancy and weight to an exciting live event.

The LP, the first Grammy-nominated live album by a pop artist, offers an education in showmanship, audience engagement and musical pedigree, which, in the context of the times, was as courageous as it was entertaining.