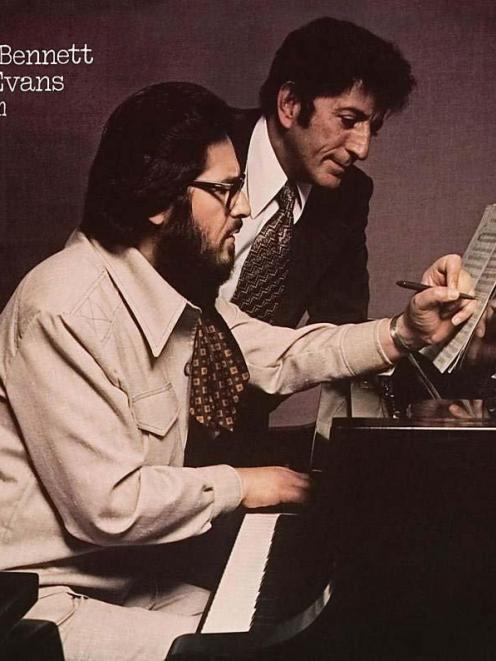 Tony Bennett's star has waxed and waned over the course of a 70-year professional career. Now aged 87, he enjoys the kind of universal respect that comes with longevity, the loveable godfather of popular music who somehow found himself cool in the eyes of the MTV generation after a couple of decades in a contract-free wilderness.

Few would argue that Bennett ever lost his mojo. It was simply that audiences of the '60s and '70s weren't interested in hearing a middle-aged crooner work his way through the American Songbook, not unless he could put a psychedelic spin on it.

But popularity and artistic achievement are not the same thing, and so it was that Bennett produced one of his finest works from the floor of a mid-career slump.

Enlisting jazz pianist Bill Evans to cut two LPs, the first for Evans' label Fantasy Records with the second to follow on his own fledgling label, Improv, Bennett decided to strip away all embellishment from the recordings, save Evans' accompaniment.

The cover photograph on The Tony Bennett Bill Evans Album (1975) sets the scene for an immaculately self-contained nine-song set. Bennett leans over the shoulder of his collaborator who is seated at the piano simultaneously testing a note and marking a shared chart. Their focus is on the song and what they can offer it together, perhaps a subtle change that only they will notice but which will satisfy their respective aesthetic principles.

It must have been a wonderful experience for both of them, working in isolation with an artist of great standing and at liberty to select the less-frequently visited standards and songs of the Broadway masters, free of expectations of commercial success.

Bennett's readings are typically sure-footed and strong, while Evans takes every opportunity to lead the listener on a short lyrical diversion that balances the ledger. It's a partnership made in heaven for those who appreciate attention to detail.