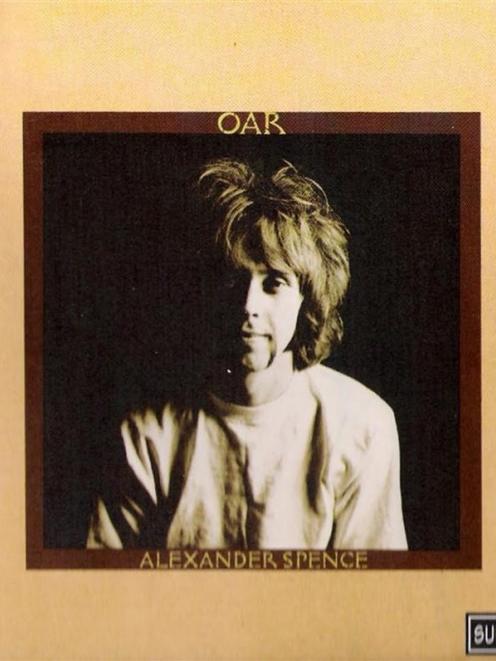 Many times, this column has visited the work of a near-broken drug casualty and lauded its strange beauty. Inspiration, it seems, can often be found on the battlefield of warring cerebral lobes.

After Spence chopped through a hotel door with a fire axe, on a mission to kill Moby Grape bandmate Don Stevenson, the authorities thought it best he get treatment for the LSD-fuelled breakdown that had followed his liaison with a woman his associates labelled a ''black witch''.

On his release, the one-time bright light of the psychedelic scene found few who would back his next project. Behind him lay his record as guitarist/drummer with San Francisco scene pioneers Quicksilver Messenger Service and Jefferson Airplane, and as co-founding singer-guitarist for the genre-mashing Grape. Ahead stretched an uncertain journey across still-smouldering bridges.

Producer David Rubinson knew what to do. Booking Spence into the Columbia studios in Nashville and telling engineer Mike Figlio to keep the three-track tape running at all times, he took a hands-off approach that resulted in hours of piecemeal recordings, the source of a Spence solo album on which the artist played every instrument.

Oar (1969) has drawn comparisons to Syd Barrett's The Madcap Laughs, the 1970 document of a similarly fragile mind. But Spence's album occupies a distinctly American space, foreshadowing the shambling country-rock that the likes of Howe Gelb and Giant Sand would generate in the mid-'80s.

Spence finds a different voice for each track, from a deeply dark and foggy baritone to an Alex Chilton-like lighter touch. The songs, some of which wear a note of jaded whimsy among the many that are loaded with the weight of his experience, experiment with familiar forms while also testing structural boundaries.

The unstable ground Spence walked would eventually give way, but here he successfully picks a precarious path through some challenging territory.