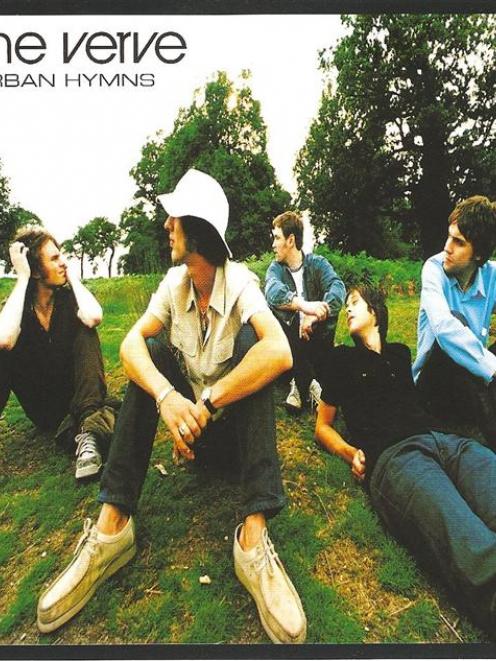 It's tough being in a rock band, especially a successful one, particularly if it's an all-male line-up. You see, men don't communicate as freely and honestly as might be good for their collective health. They generally prefer just to walk the walk, drink the drink and the drop the drugs.

But the drugs don't work. Neither does sweeping your various dysfunctions under the carpet in the hope that the music will mask the effects.

In the end, that's why the Verve could only manage one shining moment before imploding, re-forming and imploding once more.

Urban Hymns (1997) was very nearly not a Verve album at all. Having split up the band following the lukewarm reception to second album A Northern Soul (1995), vocalist Richard Ashcroft freed himself of the simmering tension with guitarist Nick McCabe and had begun work on a new project with bassist Simon Jones and drummer Peter Salisbury.

But he soon called McCabe back into the fold to work alongside new guitarist Simon Tong, unable to deny his addiction to the elements of the band's music that had convinced him something great was possible.

Lead single Bitter Sweet Symphony went gangbusters, reaching second spot on the UK singles chart and No 12 in the US. Follow-up The Drugs Don't Work went one better in the UK, providing the Verve with its sole career chart-topper and launched the band into a hectic schedule of US and European tours. One broken hand and bruised jaw later, Ashcroft and McCabe had once more parted company.

On-again off-again reunions have followed but the band is effectively dead.

What remains is an album that speaks more eloquently of all manner of personal trials and triumphs than anything else Ashcroft has produced.

From mesmeric psychedelic excursions to luscious, string-heavy ballads to hard-out rockers, Urban Hymns remains one of the most accomplished Britrock albums.