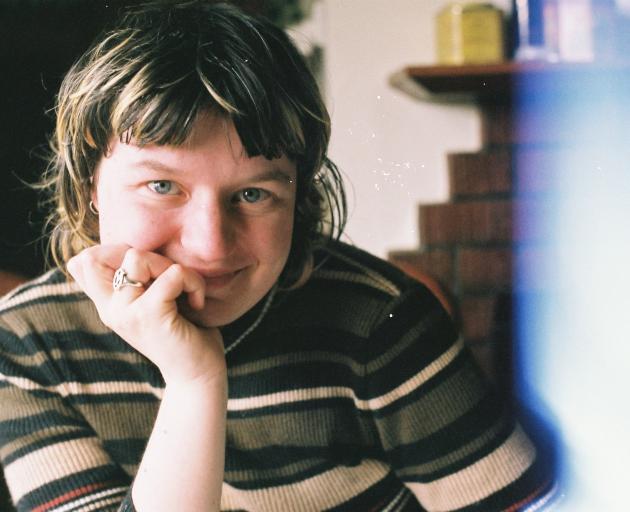 One of those acts, and the newest of the line-up, is Adelaide Cara.

Adelaide first came to my attention as the singer of post-punk band Milpool, injecting a fresh energy to the band and the scene in general. I caught up with Adelaide to find out what she’s been up to.

How stoked were you to be invited to play at Nadia Reid’s Christmas show?

I read the email in the middle of a cafe while I was hanging out with a friend, I just saw it come through, and I kind of yelped a little bit? I was like, ‘‘Oh my gosh, so stoked,’’ because she’d already kind of talked about the line-up and they were a whole lot of bands who I truly admired and loved, so I was just, like, in awe, basically.

It sounds like you’ve been pretty busy with recording your new album and getting it ready for release. How did you find time to do all that?

During Covid I was at that point where everything had been recorded, so I really just knuckled down with my computer in my room, and just mixed hardout. I was either working, or I was mixing, or going for walks. I decided to have no goal, but during that time I ended up mixing most of the album to the best of my ability. And then I also, kind of, ended up writing a second album, which was awesome.

You mentioned you were mixing, and you do a lot of production of other people’s work as well. How does the production intersect with the songwriting? Are they different brain areas or does one complement the other?

Ever since I was a kid, my ear’s been really attuned to production, even before I knew what it was. I have memories of being maybe 5 or 6 and making weird noises with my mouth, which were basically highpass and lowpass filters on my voice, and doing echoes and things before I even knew what they were. It’s always been an integral part of my songwriting, that I will even have notes written by lyrics and chords saying like ‘‘reverb here’’. It’s kind of always been one package, so while I’m definitely a live music fan and like playing music live, the tracks have always been at the forefront of my mind.

How would you describe your music?

So I’ve been talking about this with my colleagues at Radio 1, and we came to the conclusion that it’s spooky chamber pop. I’m really into Kate Bush and Florence and the Machine and other alternative pop artists like Fiona Apple, Aldous Harding, you know, kind of pop but not. But also I have a huge influence from being in Milpool, so a lot of punk, grittier, heavier stuff comes in as well.

Is your song Eden about Dunedin?

Yeah, so Eden is a love letter penned to Otepoti. Because I really love Dunedin, like, I’m really proud of Dunedin. I’ve lived here my whole life — I went away for a year and came back and I now really appreciated bits of it that I was originally annoyed by growing up. But I’m just really stoked with this place and our music scene and, on the whole, it’s a really great place to be, you know? Particularly at the moment. I’ve always wanted to write a love letter about Dunedin, like a love song to Dunedin? Particularly with the lines like ‘‘you can’t sweat out the salty air, it gets under your skin, catch a plane yet you’ll return by next spring’’. Everyone goes away but they always end up coming back in some form or another.

I’m just super excited to play the gig. I’m just doing a little set to open up for all the artists who, honestly, I’ve seen them all live before and they’re amazing, so it’s going to be an awesome show.