Theatre, but not as you know it

We all dream about the places we would love to travel to, but poet Jenny Powell has taken it a step further. She and collaborator Simon O’Connor tell Rebecca Fox about their Dunedin Fringe Festival endeavour. 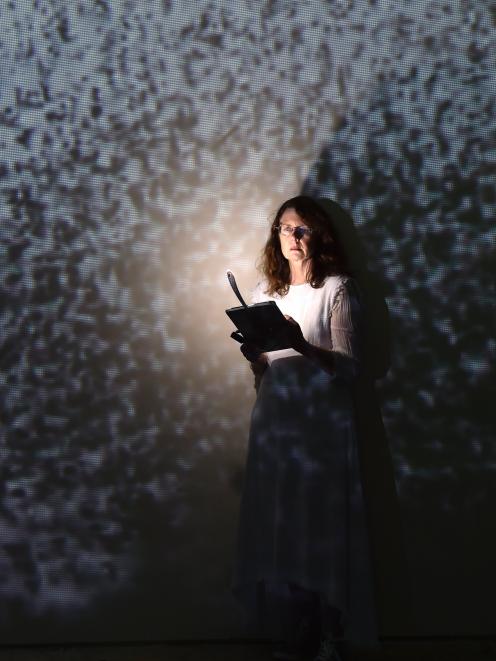 Putting a label on poet Jenny Powell and actor Simon O'Connor's collaboration is a bit difficult.

It's title, Alive in Berlin, gives little away, although the venue, the Underground Market in George St, indicates it is probably not going to be a traditional theatre work.

In fact, O'Connor is quick to point out it is not theatre in ''any conventional sense''.

He describes it more as a sonic or video piece or an installation.

The work grew out of a conversation Powell had with poet Peter Olds where they wondered about changing Dunedin to Berlin and Gore or Invercargill to Paris.

''We have unusually imaginative conversations. We thought we'll never get to these places so it was the basis of wild and wondrous ideas.''

It deals with issues of fragmentation and displacement, both historical and geographical.

''It's very exciting, very unsettling. I took my imagination to a place I had not encountered before.''

The piece languished until Powell met O'Connor one day to discuss another project.

''He didn't like that too much and I had Berlin in my bag, so I showed it to him as an example of something I had written.''

Berlin sparked an interest in O'Connor but he had no idea what to do with it.

''It certainly wasn't a play in the sense of characters talking to each other and a linear storyline.''

It was more a sequence of poems and very short teasing dialogues, he said.

The work then got put on the backburner as the pair worked on Montecillo Child, Powell's performance piece for voices, images and soundscape at Toitu Otago Settler's Gallery in 2015. It was produced by Talking House as part of the Gallipoli centennial commemorations.

''It was a very good way to go about it, putting it on first as it was also a combination of reading, music and video. It gave us a new way of looking at it. Confirmed it as do-able.''

The pair came back to the work afterwards, using the video artist Phoebe McKenzie and sound artist Keriane Varaine to create the multimedia works to illustrate the words read by Powell.

''Each separate piece is absolutely extraordinary in themselves, layered with integrity ... yet they have to relate to each other. It's absolutely amazing the way these guys were so creative and thought provoking,'' Powell said.

''It's way beyond what I ever thought could happen.''

O'Connor is the ''visionary'' who brings together the three elements - text, video and music - each of which plays off each other, Powell said.

It has been a challenge for O'Connor, who more commonly works as a stage actor where text and parameters are more set out.

''It's been a challenge to actually put it in front of an audience technically,'' he said.

The Underground Market space is similar to an underground car park in its pared-back feel giving the pair plenty of scope to stage the work.

O'Connor was thinking about where he would place the audience in relation to the video and Powell and plans to place seating in a non-traditional way.

''I wanted people to stand up but I've been told it's too long for that, and I'm the old geezer in the group.''

For both, the Fringe Festival had provided an opportunity and venue to try something different.

''It's a good opportunity to explore stuff and try new things.''