From garden to table 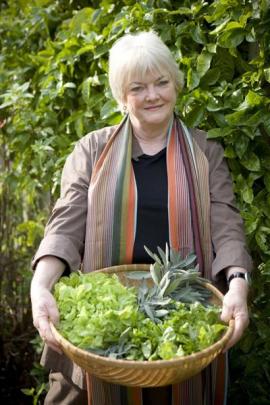 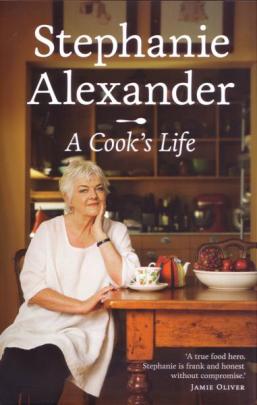 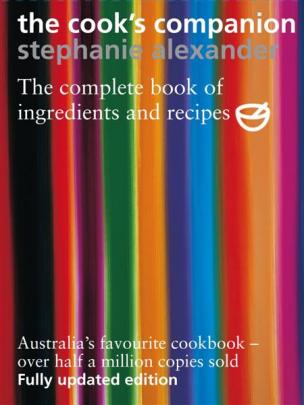 Food and books have always been part of Stephanie Alexander's life. Charmian Smith talks to the acclaimed Australian restaurateur, author and educator who will speak at the Dunedin Writers and Readers Festival next month.

Stephanie Alexander lives her philosophy of fresh, seasonal, local food, not only through her own cooking and her books, but also in her former restaurants and though her Kitchen Garden programme in schools.

Her magisterial The Cook's Companion, now in its third edition and also available as an app, contains more than 1100 pages of information, recipes and tips for 124 different categories of foods.

It's written with an Australian readership in mind, with subjects such as kangaroo, bugs and bush foods, but apart from these, if you could only have one cookbook, this would be the one to have.

Food has always been important to Alexander which is no surprise, given her parents were both interested in food and wine, unusual in 1950s monocultural Australia.

''My mother was interested in anything that was new and different that she hadn't experienced before. She was very aware that people in other parts of the world ate different things or ate the same things cooked in a different way.

"All of that she found fascinating rather than frightening and as a child I benefited from her curiosity and skill on a daily basis,'' she said in a telephone interview from Melbourne.

''We always had table wine on the table in the evening and sat around together and talked about politics and current affairs and the food was interesting and part of the experience.

"It was a very different background from my contemporaries. I'd say that chops and three veg or sausages and three veg were probably what most people were eating most of the time and we were not.''

When Alexander went to university in Melbourne in 1958, her fellow students were puzzled by her irritation and dissatisfaction with the institutional food in the residential college.

''They couldn't understand why it even mattered. It was a non-event, whereas I would rant about the terribly cooked vegetables or the food cooked in the afternoon and kept hot.''

Neither she nor anyone else had any idea that she would work professionally with food.

Women were not taken on as apprentice chefs in those days so being from a bookish as well as a foodie family, she trained as a librarian.

Her father had been instrumental in helping set up the local municipal library - in those day you had to fight for them - and she would help him do the weekend sessions, she said.

For 10 years she worked in libraries: public libraries, the BBC library in London helping programme researchers, and in a school library in Australia.

That was in the early 1970s when the Whitlam government poured money into schools for books and other resources, and teaching in primary schools was becoming interdisciplinary.

''There was team teaching and more general studies as opposed to strictly delineated subjects and that was right up my alley. That has actually come full circle because there I was working with teachers showing them the connections between things.

"I thought it was a great way of showing how things are interdisciplinary and you don't have to follow a straight line. Of course, that's become very important in the Kitchen Garden programme some years later.''

Having returned to Melbourne from the UK with her husband, she happily dropped being a librarian to open a coffee lounge, Jamaica House, in 1966.

''It became hugely successful and a nightmare as I had a 3-week-old baby. Enough to say it wore me out and burnt me out and the marriage didn't survive and I went back to being a librarian.''

However, 10 years later she was ready to have another go at a restaurant, having made many friends in the business, spending time helping out and cooking, and she had an itch that needed to be dealt with, she said.

In 1976 Stephanie's Restaurant opened and ran for 21 years, moving from a small suburban location to a grand National Trust mansion in Hawthorn, in 1980.

''It was the decade of grand food in the '80s and everybody was reading about food. The food media was exploding with new magazines or newspaper columns about food, written mostly by people who knew nothing about food, but nonetheless it became very much a preoccupation for people so restaurants did very well,'' she said.

''It was extraordinarily hard work, which is what is to be expected in hospitality. I think anyone who works in restaurants for any length of time has back issues but I don't regret any of that. It was a great time and I learned a lot.''

Among other things Stephanie's Restaurant was a leader in championing fresh local and seasonal food, and supporting small producers.

''A Frenchman was the first to offer me soft mignonette lettuce, we are talking 1983 probably. I just fell on his neck and I used to buy as much as I could afford because I didn't want him to go out of business.''

The two threads of her life, food and books, came together in 1985 when her first book, Stephanie's Menus for food lovers, was published.

In 1996, when things were getting harder for her both physically and financially she closed the restaurant to concentrate on writing, and to open Richmond Hill Cafe & Larder with her daughter.

For eight years she designed menus and tested dishes but no longer worked the stoves, she said.

Her magnum opus, The Cook's Companion was published in 1996 and had made a big splash in its first year.

Now in its third edition it is also available as an app that contains all the information in the book, as well as illustrations and is updated regularly, great on an iPad in the kitchen, she says.

''It is valued so highly by a lot of people, it's an important responsibility to keep it as relevant as I can.''

But she also wanted to turn her attention to current issues: eating habits and the implications for public health and people's own health and happiness.

Thirteen years ago she established the Stephanie Alexander Kitchen Garden Foundation to help children learn about food and how to grow it.

It is now in about 800 schools, 10% of all Australian primary schools, she said.

Eight to 12-year-old children spend time in a productive vegetable garden and home-style kitchen learning skills that will last them a lifetime, and discovering just how much fun it is to grow and cook their own seasonal vegetables and fruits.

The skills-based learning extends across the entire school curriculum and the programme has received support from state and federal governments.

Garden to Table, a similar programme based on the Australian one, is under way in New Zealand.

While farmers markets and special foodie events appeal to a percentage of the population, she is adamant that enjoyable food education in schools is the way to change behaviour in a meaningful way.

''It's the democratic reach of the kitchen garden programme that is so important for me, that it goes though all sorts of schools, regional, urban, remote, Aboriginal schools, special schools. They can all benefit from this form of education, which the children always enjoy.''

Alexander has been awarded several honours, including the Centenary Medal for outstanding service to the food and wine industry in Victoria and last year she was appointed an Officer of the Order of Australia for distinguished service to education.

Stephanie Alexander appears at the Dunedin Writers and Readers Festival.

• The Cook's Companion app can be downloaded from app stores.