Plants in unlikely places: A touch of Scarborough Fair 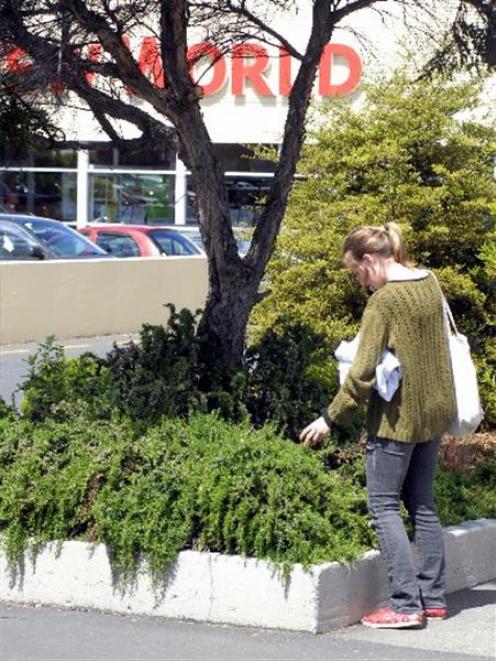 New World rosemary. Photo by Gregor Richardson
Anna Chinn looks at the surprising areas where plants are found around Dunedin.

Likes a romp with potatoes, salt and olive oil.

Used in herbal remedies for ailments ranging from coughs to depression to flatulence.

Here, it is growing in the Centre City Mall customer car park in Dunedin.

How unlikely is that?

Even in an urban environment, to see rosemary spilling over a concrete wall is not that uncommon.

But in this case, it is parked outside Centre City New World, which sells rosemary, albeit in value-added forms.

Its presence in the supermarket car park therefore seems unlikely.

Senior New World sources, however, expressed an off-the-record fondness for the herb, which has also recently been planted in the staff car park.

They were not averse to the notion some customers so appreciate a little sprig of rosemary that for them, the bush is one of the supermarket's points of difference.

So how did it get there?

It would have been purposely planted for its hardiness, a Foodstuffs South Island spokesman said.

When was it spotted?

It is thought to have been there since 1986, when the original car park garden was planted.

Is it still there?

Yes. Having the customers keep this bush trimmed seems to be as mutually beneficial an arrangement as when people keep sheep for their lawns, and the supermarket authorities are in no rush to tear it out.