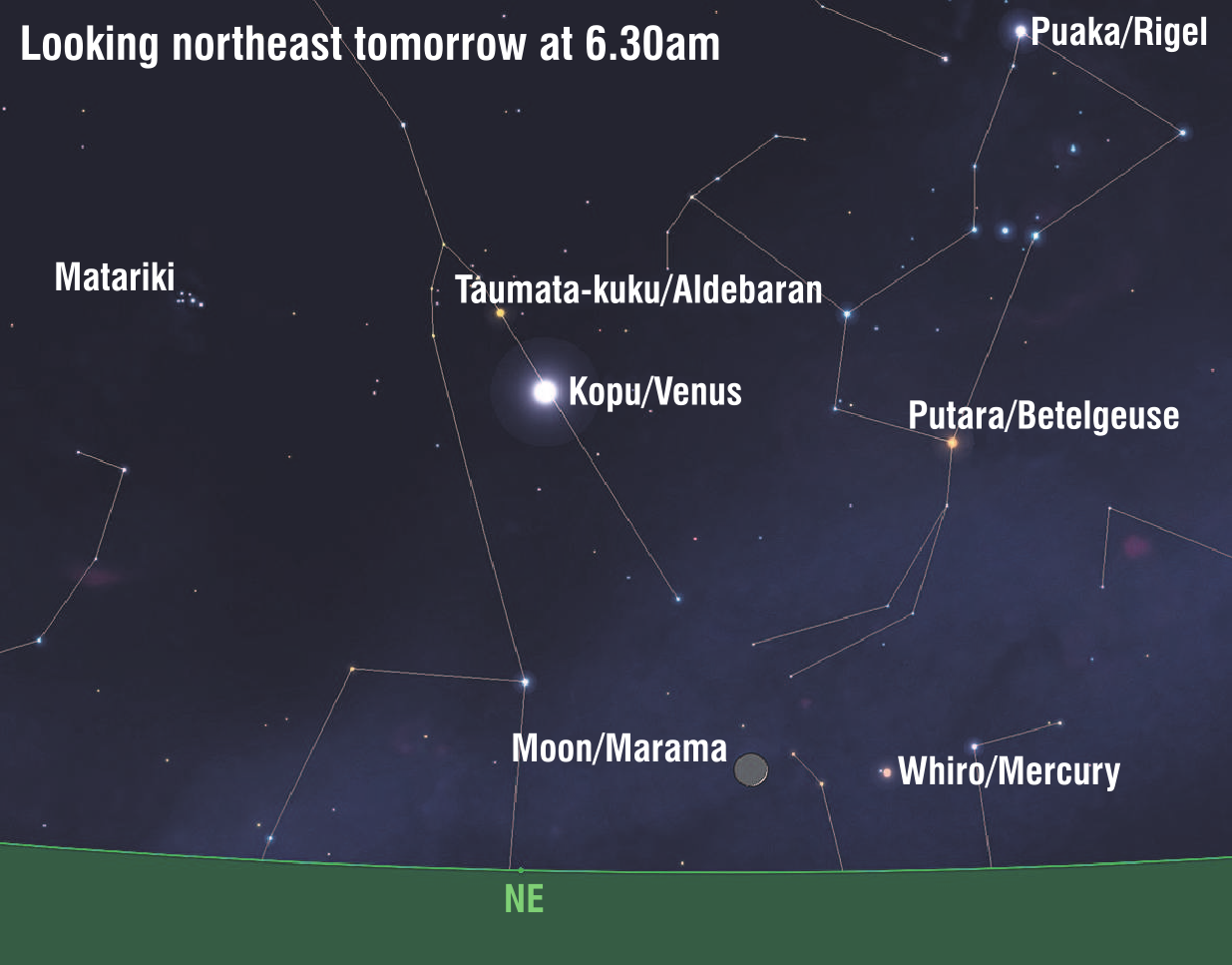 Today (Sunday) marks the end of the Puaka Matariki Festival. Celebrations have been taking place across Dunedin this week with a wonderful programme of events. Before European contact, Maori looked out for the distinctive cluster of stars they called Matariki rising before the sun.

In his book Matariki, Star of the Year, Rangi Matamua describes how sighting the cluster, combined with detailed knowledge of the Maori lunar calendar, was used to define the start of the year. In southern New Zealand, Matariki is relatively low in the sky and can be hard to see. This is why the sighting of the star Puaka (Rigel in the constellation Orion), which is much higher in the southern sky, was used locally to serve a similar purpose.

In the spirit of the season, let’s celebrate the end of Puaka/Matariki by getting up early tomorrow to take a Maori-themed tour of the pre-dawn sky.

You certainly won’t miss Kopu (Venus), which puts on a fantastic display at the moment. At 6.30am, the planet will be blazing brightly more than 20-degrees above the north-northeast horizon. Maori have a variety of names for Venus. When seen in the evening, it is called Meremere-tu-ahiahi, and in the morning, it is known as Tawhera. If you have a telescope, you will notice that Venus is a beautiful crescent, just over 30% illuminated.

If the sky is clear, you should easily spot Matariki, off to the left of Venus. Puaka (Rigel) is also easy to find. It is the brightest star in the constellation Orion above and to the right of Venus.

If you are observing from a location with an unobstructed horizon view, look out for Marama (the moon), a stunningly beautiful waning crescent. Sunday's moonrise occurs just before 6am and by 6.30am it will be some four-degrees above the horizon. Once you find Marama, try and spot Whiro (Mercury). It will appear as a relatively bright ‘‘star’’ six-degrees to the moon's right.