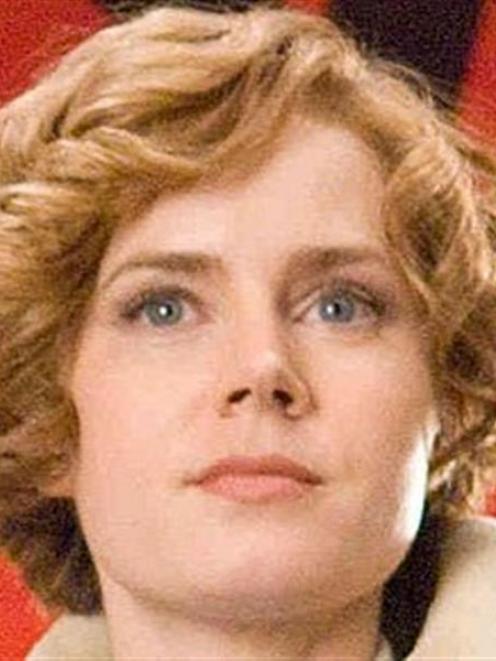 Amy Adams
The Washington Mall glistened in the glow of hundreds of old-fashioned street lanterns on a cool May evening.

The serene ambience was courtesy of Night at the Museum: Battle of the Smithsonian, which filmed in the nation's capital last year before moving on to shoot in Vancouver.

The sequel moves out of New York's Museum of Natural History, the setting for the 2006 film about a nightwatchman who discovers that the exhibits come to life after dark.

The Smithsonian Institution's 19 facilities allow for even more museum mayhem.

In Smithsonian, Ben Stiller's Larry Daley has become a successful gadget entrepreneur who has lost his joie de vivre - until he gets pulled into another round of action with a Who's Who of historic villains, and a romance with Amelia Earhart.

Earhart is a wax figure brought to life in the form of Amy Adams through the magic of an ancient Egyptian tablet.

She comes across as a fantasy version of the aviatrix, wise-cracking and jaunty in jodhpurs and a leather jacket.

"She has this great unnerving way of staring at Ben until he's uncomfortable," director Shawn Levy said.

"Amy's figured out if you stare at him in a vaguely judgemental way, he starts to squirm and get funnier."

In the scene being shot this night, Adams and Stiller are trying to break into the National Air and Space Museum but their path is blocked by Ivan the Terrible's henchmen.

The scene occupies maybe a half-page of dialogue, yet there were many takes,with Adams tossing off line variations: sincere, sarcastically robotic, and what ended up in the movie - "lax deadpan with a hint of Valley", Levy said.

Stiller's trajectory was more subtle - as he ad-libbed, tinkering to find the perfect comedic zone.

Levy noted that it's no accident that so many of Night at the Museum's players are master improvisers: Stiller, Robin Williams, Ricky Gervais. "We will revise the scenes every day until we wrap," Levy said.

But there has to be an initial script.

"Ben believes he can't improvise well until the scene is good, otherwise there's too much pressure and everyone is tight."