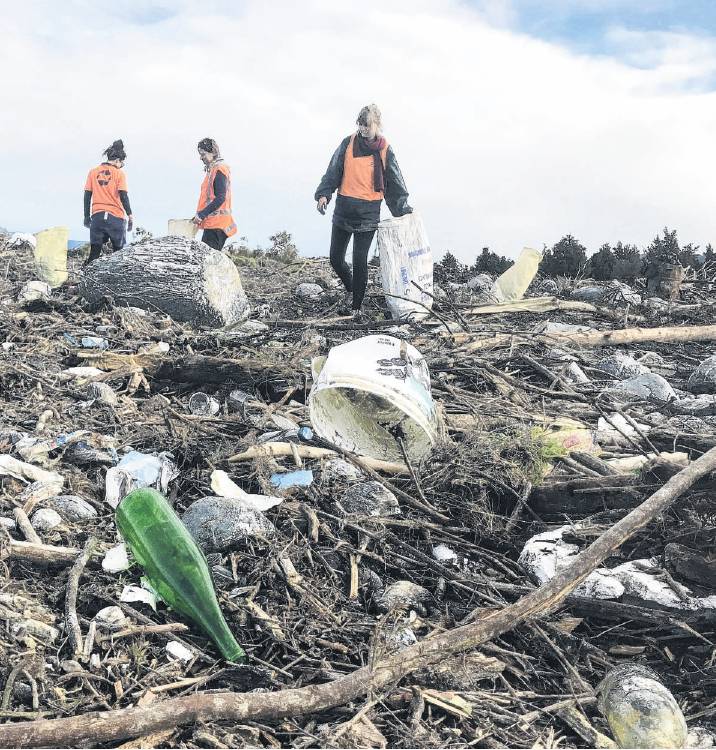 Millions of pieces of plastic from the Fox River landfill were strewn through riverbed and forest and scattered along beaches last year. PHOTO: GINA DEMPSTER

Some parties are wasting the opportunity this election presents, writes Gina Dempster.

It’s a weird time to be having an election, in our little bubble of Aotearoa.  The extended campaign period due to Covid has meant policy announcements have been slow to arrive.

That’s a shame  as it is the policies that will determine the direction that Government takes (or not) over the next three years. Working in the zero-waste sector, we’ve waited for a decade for national-level leadership as the waste problems piled up. In the past three years, it’s been really encouraging to see this coalition Government taking up the challenge of actually doing something. The question now is, what will happen after the election?

The recent online WasteMINZ election debate  featuring Act, National, Labour, TOP and the Green Party was a chance to hear  what waste reduction polices are on offer.

All the spokespeople agreed that we have a massive waste problem, and that burying it in landfill is not the solution.

Scott Simpson, National Party spokesperson, put it this way: ‘‘we’ve seen a rapid and continuous increase in stuff to landfill, because its cheap, easy and convenient . . . but the social license to continue doing that is rapidly evaporating’’.

The Fox River landfill disaster, when rubbish spewed out over the river bed and coastline, brought home to the whole country that there is no such place as ‘‘away’’.

There was cross-party support for some basic improvements to our waste systems. Collecting the same materials for kerbside recycling across the country was popular, but it’s hardly ground-breaking. Cleaning up legacy landfills also got the thumbs up from everyone.  You can hardly argue against that. But when it came to strategy on reducing waste through repair, reuse and repurposing, other than from the Greens, the ideas cupboard was pretty much bare. 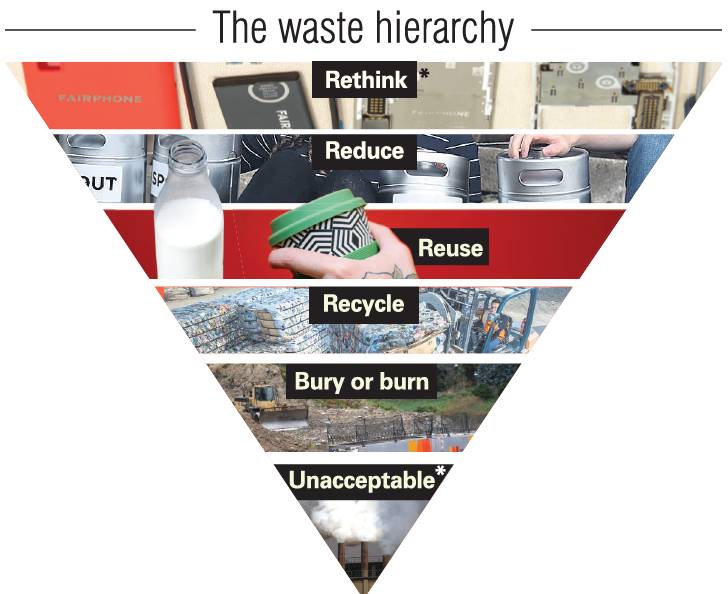 The lack of vision during the WasteMINZ debate  makes more sense when you look at the very muted competition between the parties when it comes to waste policy.

National, the Maori Party, New Zealand First and TOP make no mention of waste in their released policies, although TOP spokesperson Adriana Christie runs a social enterprise that upcycles pallets and is obviously personally passionate about local solutions.

Act and the New Conservative Party advocate for burning waste, including municipal (city) waste, to make it all just go away. They conveniently ignore the fact that the waste hierarchy (the globally accepted tool to evaluate waste solutions) places landfill and incineration together at the bottom of the pyramid, making them the last choice. The Zero Waste International Alliance (ZWIA) waste hierarchy classifies burning general city waste as ‘‘unacceptable’’, meaning it shouldn’t even be considered as a solution.

A week or so after the debate Labour committed to a three-part plan to improve recycling and reduce some single-use plastics;

During the debate, David Parker, Environment Minister for the Labour-led Government, talked about his personal involvement in including plastic fruit-stickers under the proposed ban for some single-use items. He then passed over to the Green Party’s
Eugenie Sage to provide the detail  on how the Government’s waste policies are working, which was a real thumbs up to MMP.  Sage has  led the Government’s waste programme as Associate Minister for the Environment.

Her priorities include bringing in a deposit scheme for beverage containers, in the next term of government, so   more than a billion cans and bottles will be recycled every year. She identified a $2.1 billion deficit in waste infrastructure as a major problem, and wants to see food waste and green waste collections across the country.

By raising the waste levy, the Government has been able to make more funding available through the Waste Minimisation Fund. Green Party policy is to reward innovation through the fund to ‘‘create a materials recovery, re-use, and repurposing sector that supports good jobs in Aotearoa’’.

That’s where it would really get exciting, because we’d  shift from ‘‘away’’ solutions, such  as  exporting recycling and burying waste, to the more sustainable goal of creating circular economy jobs across the country.

We know there are hardly any jobs for New Zealanders in making cheap products overseas, using them for a short-time and sending them to landfill. But there are a lot of jobs, and very meaningful ones, in community resource recovery and zero waste solutions.

At Wastebusters, we employ 50 people in two towns who work in recycling, reuse and reduction. I’m asked all the time, how can we get a Wastebusters in our town? My hope is that, after the election, we’ll have a government with the vision to help make that happen for towns all around New Zealand. 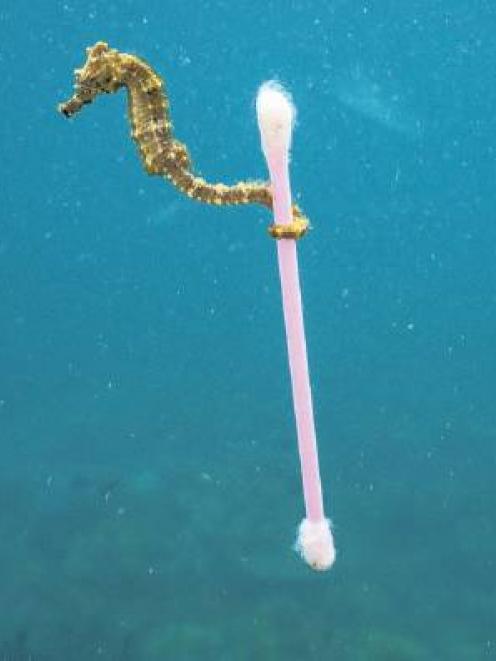 Millions of pieces of plastic from the Fox River landfill were strewn through riverbed and forest and scattered along beaches last year. PHOTO: GINA DEMPSTER

Some parties have more to say on waste than others.

• Commit to zero food-waste and zero e-waste in  landfills, and create clear waste management obligations for businesses and local authorities.

• Develop a new waste strategy and review the Waste Minimisation Act and Litter Act to  put Aotearoa on a zero-waste pathway.

• Amend the Consumer Guarantees Act to introduce a Right to Repair, requiring manufacturers to design products that can be fixed, not thrown away.

• Improve  labelling with common standards to ensure people can have confidence in products marked ‘‘compostable’’ and ‘‘recyclable’’.

• Prevent unnecessary waste by phasing out single-use and hard to recycle plastics; and create a $50mplastics innovation fund to develop alternatives.

• Reduce waste by investing in waste infrastructure and projects, and by establishing mandatory product stewardship schemes.

• Improve domestic recycling through making it harder to export plastic waste and standardising kerbside collection of recycling and food waste.

* Allowing waste to be burned in waste-to-energy incinerators

• New Zealand needs to take back control of its waste handling and recycling, including allowing waste-to-energy in our largest cities.

No mention of waste in released policies.

Waste wins from the past three years:

• A ban on micro-beads in 2018. Used in cleansers and toothpastes, these tiny pieces of plastic were washing straight down the drain and into our waterways.

• An increase in the waste levy, which will be spent on reducing waste and resource recovery.

• A deposit scheme for beverage containers is in the design phase.

• A proposed ban on some single-use plastics (e.g. cotton buds and stickers on fruit) and hard-to-recycle plastics.
$124 million from the Covid-19 Response and Recovery fund allocated to improving recycling and recovery infrastructure.