Kicking recycling up a gear 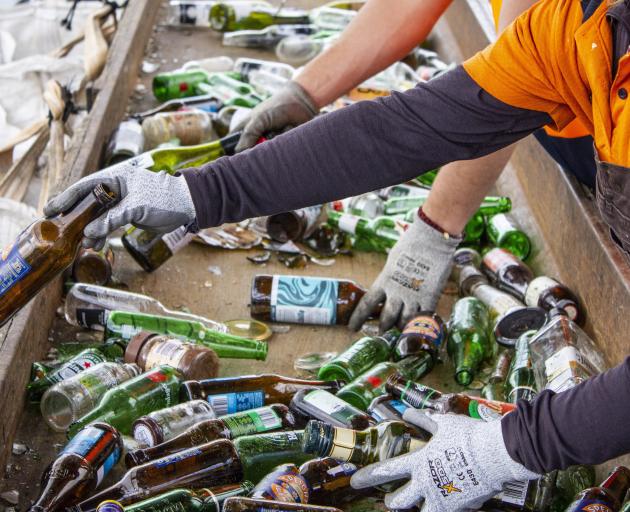 A regulated product stewardship scheme for glass bottles could mean a deposit-refund scheme similar to South Australia's. Photo: Damian Foster
The producers of waste products will soon be expected to tidy their own rooms, writes Gina Dempster.

Regulated product stewardship is finally on the horizon for six of our more harmful waste streams, including plastic packaging and bottles. To anyone out there who went to sleep as soon as they read the word "regulated", let me try and explain why it's exciting.

"Product stewardship" is when the people making, selling and using the product (or packaging) take responsibility for what happens to it at the end of its life. "Regulated" means there's no way to slip out of it and leave it up to everyone else.

It works more or less the same as making your teenagers responsible for cleaning up their own rooms. Doing it yourself is less hassle, but it incentivises them to maintain their nasty habits of dropping apple cores and dirty socks on the floor, creating life-long grief for future partners and flatmates. As a parent, your goal (hopefully) is to raise (mostly) functioning and considerate members of society. That's pretty much what regulated product stewardship does for companies.

Right now in New Zealand, we don't have regulated product stewardship for any products at all, although there are some voluntary product stewardship schemes in place. Our current system is somewhat like pass-the-parcel, with everyone in the chain passing on the responsibility before the music stops. It's usually recyclers and councils who are left holding the parcel (or packaging), trying to figure out viable solutions to recover what resources they can. But recyclers and councils are the ambulance at the bottom of the cliff. They don't decide how much packaging is used, or what it's made out of.

Making producers responsible for the full life-cycle of their product changes the way they think about and design their products. Producers have the opportunity to design waste out before it's made.

Regulated product stewardship could be the first step towards rethinking the way we use resources, and shifting to a circular economy where nothing is wasted.

To make it happen, we don't need new laws. We already have a perfectly good one in place. Associate Minister for the Environment Eugenie Sage would be the first minister to make use of the tools set up by the Waste Minimisation Act back in 2008 to bring in mandatory product stewardship schemes.

To do that, she has to declare each product a "priority product", which would bring in a regulated product stewardship scheme for each one. (Imagine if the Government had used the priority product option back then, New Zealand could now be a leader with established product stewardship schemes and a lot less waste in our landfills and oceans! Which is all a bit depressing, so let's move on ...)

The six products Sage proposed be declared priority products are:

•refrigerants and other synthetic greenhouse gases

•agrichemicals and their containers and other farm plastics

The proposal is now out for public feedback. Once the public consultation is finished, the Government will decide how many of these six products will be declared priority products. Then there will be a second stage of consultation to outline details of the schemes, which will be "co-designed with stakeholders".

What would a regulated product stewardship scheme look like?

Usually they have some sort of advance disposal fee, and a network of depots to take back the product for recycling. The evolution that people are most familiar with are deposit-refund schemes for beverage containers, which are running in most Australian states. You pay a 10c-20c deposit when you buy the drink, and get it back when you recycle the bottle or can.

At present only 35%-40% of our beverage containers are recycled in New Zealand. That recycling rate would likely double with a container deposit-refund scheme in place. Because many of the containers are collected through depots, you also get high-quality recycling with minimal contamination, which means it can meet tough new quality standards for recycling.

What will help make this happen now is public support. Yes, that's you, and me, and everyone else you know.

Public consultation is open until October 4. Your submission doesn't need to go into lots of detail, although feel free if you have lots to say. Your submission can simply say which of these six products you support being made a priority product. It takes just five minutes, and could be the biggest thing any of us will do to reduce waste this year. 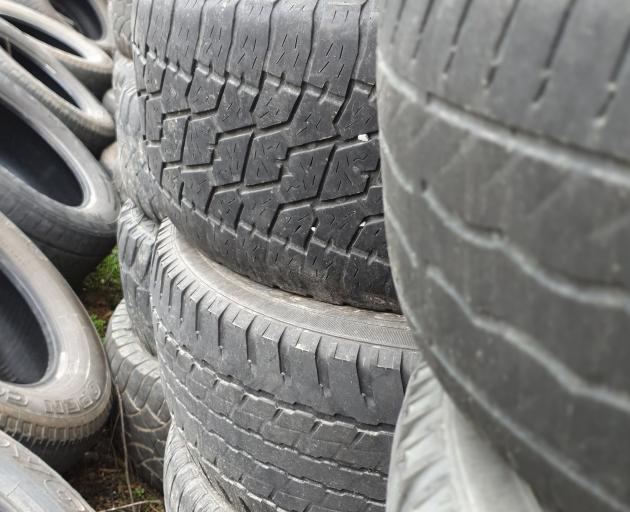 Tyres are one of the six waste streams for which the Minister is proposing regulated product stewardship. Photo: Ruth Blunt
Why these priority products?

Tyres contain hazardous compounds that can leach into water. Stockpiling and dumping tyres raises the risk of fire and toxic pollution of air, water and soil. Currently, 70% of tyres in New Zealand go to landfill, compared to 10%-20% in countries with regulated product stewardship schemes.

E-waste is the fastest growing waste stream in the world, and it contains toxic substances such as lead, cadmium and mercury. Even in modern landfills these toxins will leach out over time, polluting the environment and endangering human health. E-waste also contains valuable materials, such as gold and ``rare earth'' metals, which we are crazy to throw away. Currently New Zealand only recycles 2% of its e-waste.

AGRICULTURAL CHEMICALS AND THEIR CONTAINERS

Agrichemicals are toxic by design, including some older chemicals that accumulate in the food chain with a long-term health risk for humans and ecosystems. Packaging used for agrichemicals is also potentially toxic. A mandatory product stewardship scheme would ensure that unwanted agrichemicals are safely neutralised and destroyed, removing the risks associated with storing or landfilling. Some packaging could be recycled.

REFRIGERANTS AND OTHER SYNTHETIC GREENHOUSE GASES

Refrigerant gases and other synthetic greenhouse gases can escape into the air, depleting ozone and contributing to climate change. Paul Hawkins, of Project Drawdown, found that managing and destroying refrigerant gases in circulation was the No1 action to reduce greenhouse gas levels. Only 20% of those gases are recovered now in New Zealand.

Plastic packaging is harming our oceans and marine wildlife. Plastic in landfill can survive for centuries, and as shown by the Fox River floods, many New Zealand landfills are vulnerable. Mandatory product stewardship schemes would allow waste to be designed out of the system, resulting in less litter, higher recycling rates, better quality recycling and more reuse options. It would also reduce the financial burden that packaging places on councils and the wider community.

Burning and burial are the most common methods of disposing of farm plastics, which is polluting our soil and air and creating leachate that runs into our waterways. A mandatory product stewardship scheme will ensure that more responsibility is accepted for the end-of-life of farm plastics by the people who use and make farm plastics. 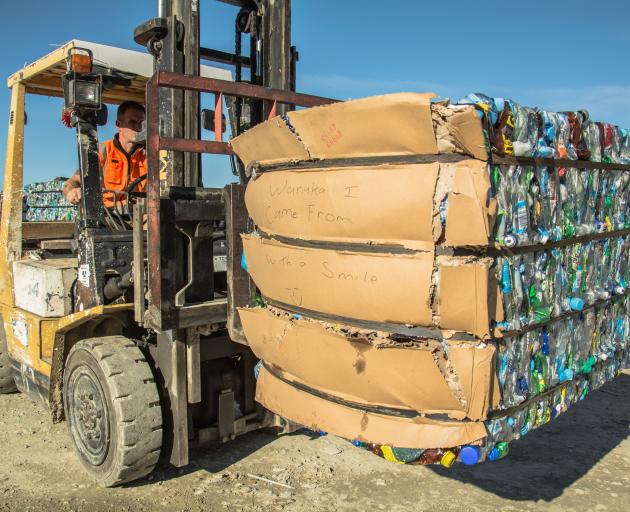 Recyclers and councils are doing their best, but they are the ambulance at the bottom of the cliff when it comes to packaging. Photo: Si Williams.
Top tips

WHAT CAN I DO?

Put in a submission to say which of these six products you support being made priority products. You can say yes to all of them. It’s a good idea to mention the harm you see from the waste they create.

SHOULD WASTE-TO-ENERGY INCINERATION BE INCLUDED?

There is a push from manufacturers of waste-to-energy incineration plants to have them built in New Zealand. These expensive machines burn rubbish at high temperatures, locking their communities into "feeding the machine" instead of reducing waste. Towns may find themselves trucking waste in from all around the region. Waste incineration produces ash of up to 45% the original volume, some of which is toxic and difficult to dispose of. Burning waste is also much less resource and energy efficient than recycling. For these reasons, Wastebusters and the Zero Waste Network do not see ‘‘energy recovery’’ by incinerating rubbish as an acceptable option under the waste hierarchy, and we will include that in our submissions.

WHY IS REGULATED PRODUCT STEWARDSHIP THE ANSWER?

Regulated product stewardship changes the whole system. By making all producers and sellers take responsibility for their waste, it encourages them to design waste out of the system.

It also encourages them to talk to everyone in the recycling supply chain, to make sure that they can live up to any promises they make about recyclability. 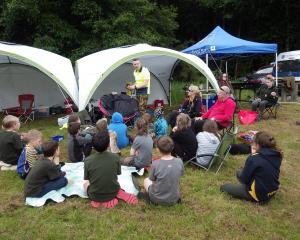 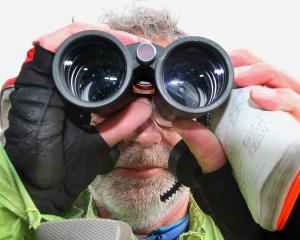 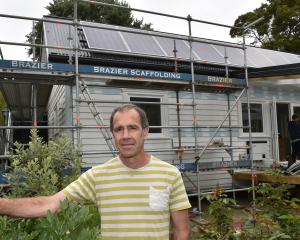 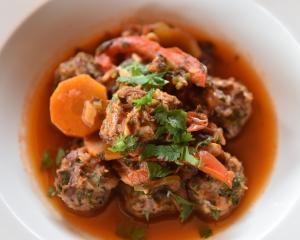 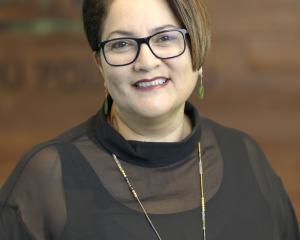 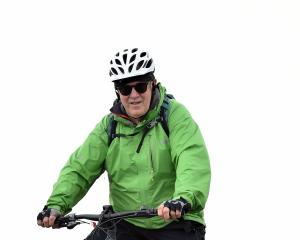 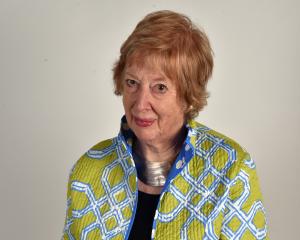 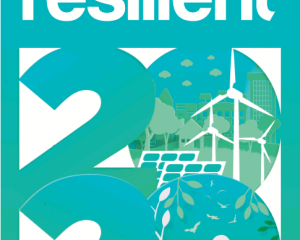 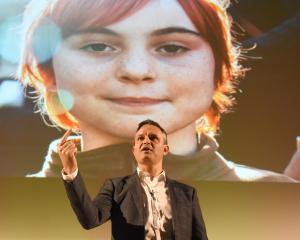