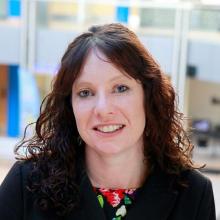 Kirsten Robertson
A University of Otago study has found students believe cannabis laws do not deter their peers from using the drug and heavy users are perceived as "underachievers, unreliable, and unhealthy".

Co-author and associate professor of marketing Dr Kirsten Robertson said the study, published in the journal Substance Abuse; Research and Treatment, could help inform discussions surrounding the legalisation of the drug in the lead-up to the cannabis referendum.

“The findings clearly suggest that despite recreational cannabis being illegal, its use is normalised in the student culture.

Co-author Dr Karen Tustin said 93% of participants stated the law was not a deterrent.

The results of the study showed prohibition was not working, she said.

“Responses such as, ‘It’s such a normal thing; everyone does it, it feels normal to see it in everyday life, and I associate it the same as seeing alcohol’ were common. Participants also made statements that the law was soft and police tend to turn a blind eye to cannabis, and consequences in the unlikely event of being caught with cannabis were likely to be minimal.”

The study found that many students reported forgetting recreational cannabis was illegal, that they perceived it as legal and that they did not view its use as a crime.

Perceptions of their peers who were recreational cannabis users varied depending on the frequency of their use of the drug.

Participants said their peers who sometimes used cannabis were social and "normal". However, peers felt concerned about heavy users’ wellbeing.

"With this in mind, we think public policy should focus on strengthening social norms that discourage heavy use," Dr Tustin said.

"Given that cannabis use is normalised and heavy use is discouraged by concern for heavy users — rather than any concern for the law — we believe our findings support a harm-minimisation strategy and, specifically, a health model, for regulating recreational use of cannabis,” Dr Robertson said.