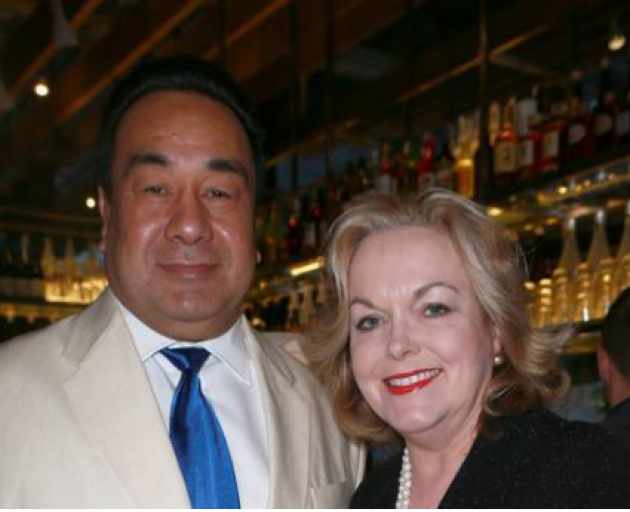 David Wong-Tung has been regularly sharing memes on Facebook from a page called the National Party's Meme Working Group, including one showing Prime Minister Jacinda Ardern as Marvel character The Incredible Hulk.

The meme, showing Ardern tinged green and labelled 'The Incredible Sulk', is captioned:
"Don't make me angry. You won't like me when I'm angry."

Judith Collins today told media she wouldn't have shared what her husband has online.

"We've been together for 41 years. I've never been able to get him to do anything I tell him to do," she said.

"I've just said to him, well it's not something I would do, but he's an adult and he makes his own decisions," she said.

Imagine if Clark Gayford published anything remotely this toxic and personal about Judith Collins. https://t.co/UoeDeJqWDD

Another meme shared just eight hours ago by Wong-Tung parodies the Government's Covid-19 messaging, but instead of a Covid-linked advertisement people are urged to "United against CINDY-20."

Collins said Wong-Tung expressed his own views, not hers.

"He's one of the least sexist people I know," she said.

But some social media users have taken a different stance, labelling Wong-Tung's actions as misogynistic personal attacks on the Prime Minister.

Former senior adviser to the Labour Party, Neale Jones, posted on Twitter that he could "scarcely believe" Wong-Tung was resharing the memes.

"Imagine if Clark Gayford [sic] published anything remotely this toxic and personal about Judith Collins," he posted.

How are these memes sexist? My daughter thinks they're hilarious!

They are Attack Ads. Misogyny is not hilarious.

"National Party Memes" are not The National Party, but fellow travelers. It's a vote loser with true Conservatives.

Not a good look for a wannabe Prime Ministers spouse. National still has time for a new leader before the election - just saying

As someone has already said, imagine the apoplexy if the Prime Minister's partner had posted anything like this in respect to crusher?
It's got me thinking though, I can't help wondering if this facebook page is a front for crushers dear friend Cameron Slater? In my opinion it has his "feel" all over it.

Here I was thinking that the shenanigans had ceased; everyone had learnt from the idiocy and grown up. Just goes to show how childish people become when it comes to politics.

Sigh...what a bunch of sad cases are the present National leadership. This is just pathetic.

She wants to be Prime Minister, but she can't even get her husband to behave decently? Zero leadership ability.
I thought Muller was bad, even worse than Simon, but Collins is worse than Muller by a long shot. If this couple met the tRumps, it would be Kiwis who would be embarrassed by how backward and uncouth our leadership couple looked by comparison, and that is a really low bar to be able to be able to limbo under.

I remember the satirical show Spitting Image in the 1980s. I doubt our modern political leaders would cope well with being mocked in puppet form these days. It was banned in the likes of the Soviet Union as their leaders took themselves very seriously.

Could you imagine crusher? they wouldn't have to exaggerate the puppets features for her and yes, she wouldn't cope at all well with being mocked,

This is a political environment in which the NZ press publishes a cartoon of David Seymour with Hitler kissing him on the left cheek and the David Duke kissing him on the right cheek because he stood up for freedom of speech. The response was a mere "aww... I guess that's pretty bad taste." When Ardern gets comparably very light treatment, then the real huffing and puffing begins. Seymour is not a Lefty, so it's OK. The press have their drool cups out in support of Jacinda. We all know it. Her supporters will shed imaginary tears for Jacinda. It is all very unconvincing and extremely disingenuous. As far as the press' trustworthiness goes, 23% is far better than what it deserves.