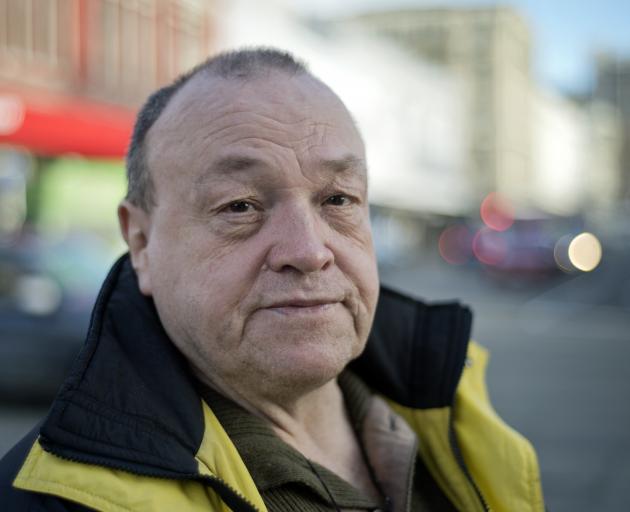 Arthur Taylor. PHOTO: GERARD O'BRIEN
Prisoners say they are being denied critical information on the upcoming General Election and referendums and have called on the man who won them the right to vote from behind bars to help them.

But Corrections have dismissed the claim. They say staff are engaging with "each prisoner" to ensure they know their rights - and how to exercise them.

Voting rights were restored for prisoners sentenced to less than three years in jail - and who are eligible to do so by law - after a crusade by former inmate and "jailhouse lawyer" Arthur Taylor.

He has spent almost 40 years of his life in total behind bars and is currently living in Dunedin on parole.

He became well known in prison for taking legal action against the Department of Corrections, including around prisoner voting.

In December 2010 the Electoral Act 1993 was amended, prohibiting all prisoners from voting.

Taylor fought to have the amendment overturned, taking the case right to the Supreme Court which ruled denying all prisoners the right to vote was at odds with the Bill of Rights Act.

Then in November last year Justice Minister Andrew Little announced that offenders sentenced to less than three years in prison would have their voting rights restored.

Prisoners held on remand awaiting sentence or trial have always been able to vote.

However, Taylor says inmates are not being given adequate information to enrol to vote - or make informed decisions about who to vote for or which way to go with the referendums.

He has spoken to at least five inmates across the country who say they and many others are "desperate" to vote but simply cannot get the information they need.

"Prisoners from throughout New Zealand are telling me that nothing effective is being done to inform them as to their right to enrol and vote in the election and referendum," Taylor said.

"I've put the Crown on notice that legal action may well result unless they get their act together and carry out their statutory obligations in this regard."

Taylor was hearing that basic information was available in prisons but as many inmates could not read or write well, they were struggling to even enrol.

"I was speaking to one woman this morning who had to ask the staff for help and the staff didn't know anything about it," Taylor said.

"There's five weeks to go and prisoners are desperate to vote - it shouldn't be this hard."

Taylor has complained to the Electoral Commission and the Corrections Minister.

"Several prisoners have contacted me and advised that no arrangements have been made to enrol them and there is absolutely no educational material being provided in the prisons," he said.

"Corrections needs to get on to this right away… I didn't fight for six years to get prisoners the vote to have that right undermined by the failure to ensure that right is able to be effectively exercised."

Taylor vowed to "keep on top" of the situation.

However, Corrections refuted his claims saying staff began engaging with prisoners in early July - with an aim of enrolling as many people "as early as possible".

"We aimed to get people enrolled by 13 September so they will receive an EasyVote Pack from the Electoral Commission, which will provide them with candidate information relevant to their electorate," Corrections acting deputy national commissioner Eamon Coulter told the Herald.

"Corrections is working with the Electoral Commission to ensure information can also be made available to those who enrol after 13 September.

"Engagement with prisoners involves prison staff talking with each prisoner regarding their eligibility to enrol to vote, and their ability to apply to go on the unpublished roll if they have safety concerns about having their details recorded on the public roll.

"This discussion may happen one-to-one or in small group sessions. Staff assist prisoners to complete the enrolment application form. Each application is individually scanned and emailed to the Electoral Commission."

Coulter said the Electoral Commission had provided Corrections with information for prisoners about how to vote, and about the two referendums being held this year.

Posters and self-service information kiosks were also in each site - and candidates and parties are able to send material to prisons, and any material that is received is made available to all units at the prison.

Prisoners also have access to television and radio broadcasts.

And Coulter said Corrections had partnered with the Howard League to provide a service to allow prisoners to ask political parties questions ahead of the election.

Prisoners could fill out a form with their question and that was passed on via the advocacy group to seek an answer from the specific party.

The response was then forwarded to the inmate through the prisoner email system.

"Posters advertising this service are placed in prisons on all notice boards and in common areas, and if prisoners ask staff questions about party policies, staff refer them to this process," said Coulter.

Voting services will be delivered at every prison site - but delivery may vary between sites pending "operational requirements".

Coulter said polling booths will be set up in every prison and manned by Electoral Commission staff.

"This will provide people in prison a voting experience similar to the general public," he said.

"In cases where security concerns mean that particular prisoners cannot be moved to the voting area prisoners can be supported to vote in their cells."