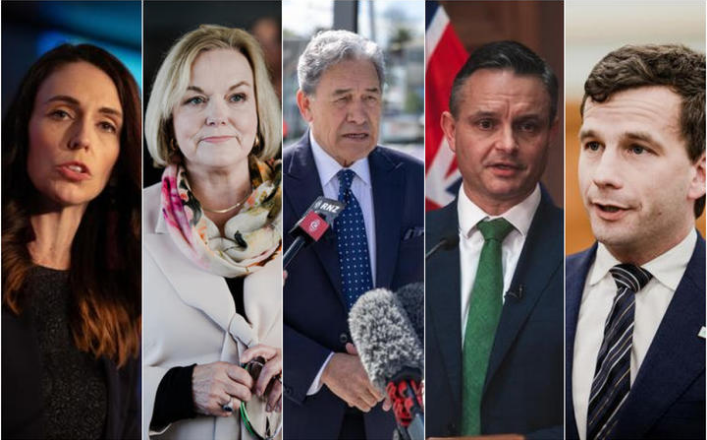 Labour polled 50.1 per cent, while National registered 29.6 per cent.

Labour is down 10.8 points from the previous Newshub-Reid Research poll - taken at the height of the Covid-19 recovery.

Act was on 6.3 per cent, the Greens 6.5 per cent and New Zealand First languished on 1.9 per cent.The latest poll may indicate that National has been hurt by its $4 billion fiscal error in its alternative budget.

Collins told Newshub she was "getting a very good vibe on the ground" and said she wouldn't resign if she lost the election.

"Certainly not," she said.

She said her party would understand they'd "been through some difficulties".

PM Jacinda Ardern told Newshub there hadn't been an MMP election in which a party was able to govern alone but it was premature to assume that would happen.

David Seymour's ACT party surged by 3 percentage points to 6.5 per cent, meaning it would no longer need the safety net of Seymour winning the Epsom electorate

NZ First leader Winston Peters told Newshub he still thought he was going to get back into Parliament.

"I don't have any regard for your polls," he said.

The previous Newshub-Reid Research poll in July had Labour able to govern comfortably on more than 60 per cent, National on 25.1 per cent, the Greens on 5.7 per cent, Act on 3.3 per cent and New Zealand First on 2 per cent.

That poll was taken after the first outbreak when all of New Zealand was in alert level 1.
Since then there's been the second outbreak in Auckland and subsequent lockdown and the election was delayed a month until October 17.

Parties have also started unveiling their policies and election promises.

Last week's 1 News Colmar Brunton poll put Labour on 48 per cent, National on 31 per cent, Act on 7 per cent, the Greens on 6 per cent and NZ First languishing on 2 per cent.

Very hard to believe those poll results as shown, only election day eve will tell and I dont think it will be as above.

These are the same pollsters who were doing the polling at the last 2 elections and they were pretty much spot on both times. On the basis of that fact there is no reason to believe these recent polls are wrong Mind you 4 weeks to go and there will be more public opinion polls released. Things could change.

Best not to punt, based on preference.

So I'm not the only one who sees what a mistake "Third Choice" Collins was as leader.
National needs a new leader, it's not too late, if only they had someone who could do it.