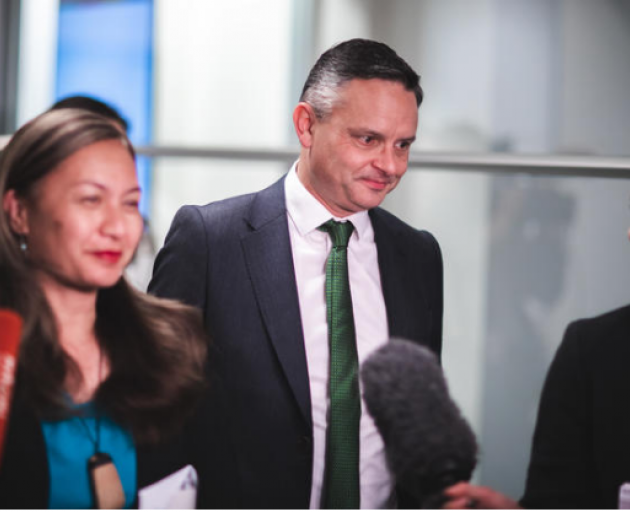 With Labour holding an election night majority the Greens are not needed in a formal coalition arrangement, but the two parties are thrashing out areas they could cooperate on in government.

Greens co-leader Marama Davidson described today's hour and a half long meeting as "constructive" and said the discussions were "progressing".

She would not go into any detail about what is being discussed.

"We saw an immediate upgrade in biscuits from Krispies to Mallowpuffs, so a little bit more sugar and a little bit more cream...of course I can't divulge the actual content and the substance but we're working hard and we're moving forward," she said.

Davidson said they expected to meet with Prime Minister Jacinda Ardern and her team again tomorrow, and were hoping to conclude talks by Friday.

"We still haven't landed on a final offer, we are working through and getting to that point once we do have that it will be going straight to the members," she said.

Davidson said members will then vote on the deal, and a 75 percent majority is needed to accept it.

Co-leader James Shaw pushed back when asked whether things were moving slower than anticipated.

"Not at all, you've got to remember that the fastest that a government has formed under MMP is 12 working days and we're not quite clear of that deadline since the last election.

"So we're moving as fast as we can, but forming a government is a complicated business and there's a lot to work through. We have a really good relationship with the Labour Party so the talks are very constructive, they're very positive, but there's a lot of detail, so that's just why it takes some time," Shaw said.