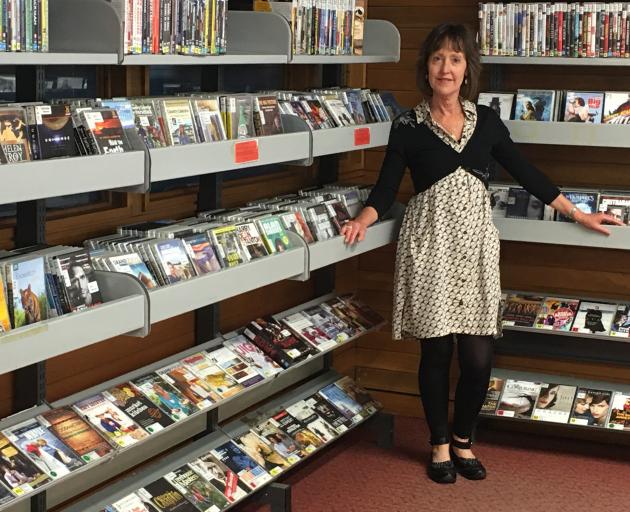 Collections manager Linda Geddes said, with the demise of traditional ‘‘video stores’’ in recent years, libraries were virtually the only place remaining where movies and television series on DVD and Blu-ray, as well as CDs, could be hired.

Dunedin Public Libraries had an extensive and very popular collection of DVDs, Blu-rays, and CDs, she said.

‘‘We have something for everyone, with a variety of new and classic titles over a number of genres available for hire to library members,’’ Ms Geddes said.

The DVD, Blu-ray, and CD collection is managed by Glenda Rogers, who said television series were the most popular among library patrons, box sets being heavily borrowed.

‘‘They’re cheap to hire and you get a week to watch a movie, or two weeks to watch a series, so they’re great for people with DVD or Blu-ray players,’’ Ms Rogers said.

The DVDs ranged from blockbuster movies, family movies and television series to films which had screened in the New Zealand International Film Festival.

The most popular were the likes of the TV detective-murder mystery series Shetland and Vera, as well as crime dramas such as Fargo and Peaky Blinders.

The most popular films were the biopic Enid, musical comedy Begin Again and Italian thriller The Best Offer.

Library collection development team leader Jackie Howell said the principles determining the selection of DVDs and CDs ‘‘run parallel with those of all collections added to the library’’.

‘‘We look for the best quality in film and music, based on ratings and reviews.

‘‘We don’t, for example, buy multiple copies of mass-produced DVDs or CDs which we don’t expect to be of lasting use,” she said.

The library considered how well a movie or series had been reviewed before purchase, and also welcomed suggestions for new CDs and DVDs from patrons.

‘‘As a result, you will find things in the collection that are not always readily available on Netflix or the other streaming services,’’ Ms Howell said.