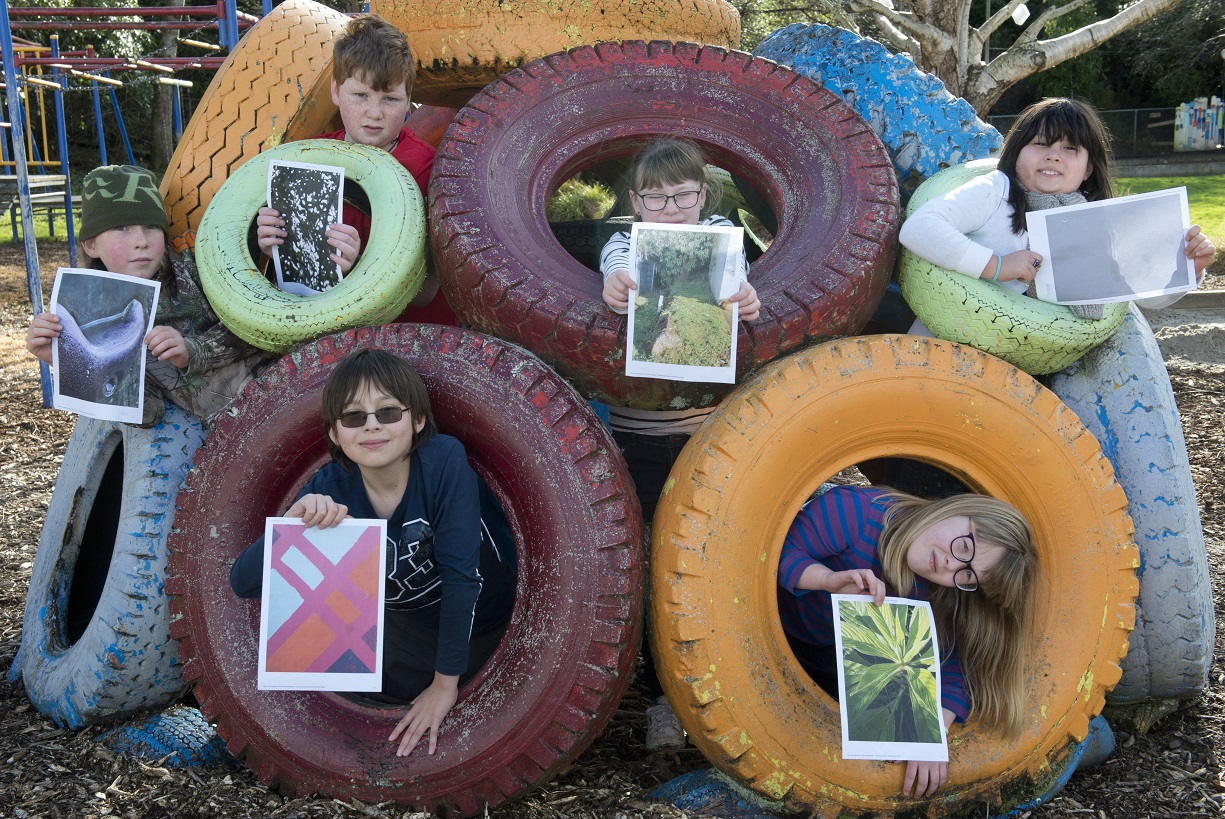 Displaying their favourite photographs taken as part of a St Leonards School project are pupils (back from left) Levi Harris (9), Kurt Howell-Wilson (11), Macy Hilton-Pearce (10), Natalie Young (8), (front from left) Owen young (11) and Claudia Soster (8). PHOTO: GERARD O’BRIEN
A snapshot of the world of photography has been provided to children at Dunedin’s St Leonards School.

This sparked a photography project set to span the rest of term 3, encouraging pupils to consider objects from new perspectives.

"For years I have been following ... the things that Gerard has been doing because I really like the way he notices just the simple things and turns them into something really artistic," Mrs Wilson said.

She wanted pupils to see rather than simply looking, and identify the parts that made up objects, rather than seeing just the object as a whole, she said. Pupils already did observational drawing once a week, and photography was a good artistic extension.

Pupils were taking a range of themed photos, including both nature shots and of man-made objects.

They would exhibit their own portfolios at the end of term alongside the school’s annual wearable arts project.

"The next challenge will be taking photos of shadows to see what shapes are interesting.

"There’s never any right answer — they’re individuals in how they see things."

Pupil Natalie Young (8) said she had taken about 10 photos so far as part of the project, and bugs and worms were her favourite subjects.

"I like worms because they help the earth," Natalie said.

Although she wanted to work with animals one day, learning about photography was fun, she said.