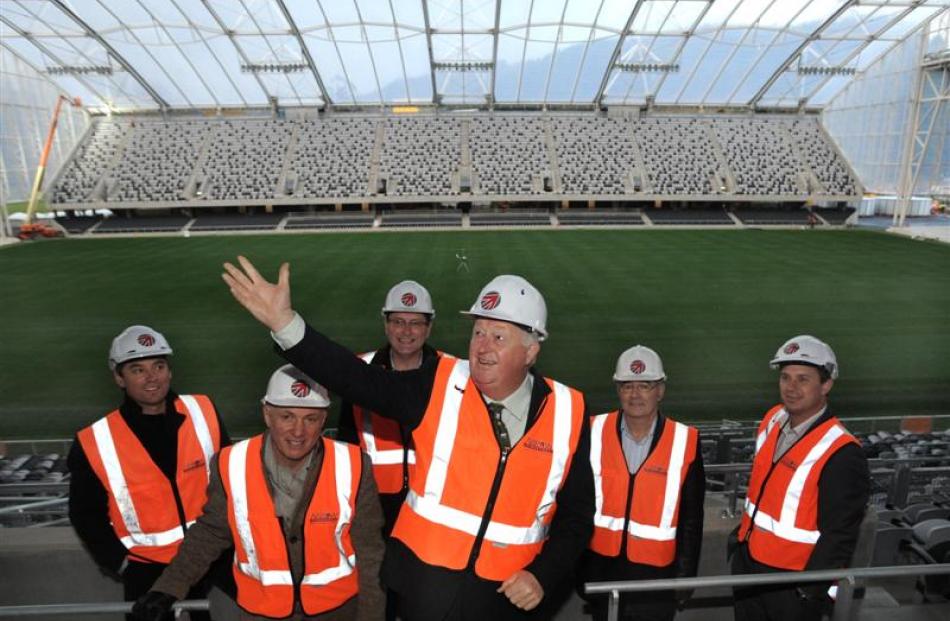 New Zealand's oldest daily newspaper will celebrate its 150th anniversary in the country's newest venue. And everyone in Otago and Southland is invited to the party.

The Otago Daily Times will mark its sesquicentennial on November 15 - 150 years to the day after it was founded by William Henry Cutten and Sir Julius Vogel in 1861.

To celebrate, locally-owned Allied Press - which publishes the ODT - is throwing the biggest birthday party in Otago's history, with a free four-hour concert at Forsyth Barr Stadium.

The Otago Daily Times "Big Night In" would be a celebration of Otago's past and future, Allied Press managing director Julian Smith said yesterday.

"It's a good opportunity to mark the newspaper's history and put on a celebration for all thecommunities of Otago-Southland whose readers and advertisers have supported us over the years," he said.

"It's a chance to give something back, and to have some fun."

The concert will start at 6pm on Saturday, November 12, with a programme featuring schools and community groups, followed by the OD Glee ensemble and two major acts, from 7pm-10pm, musical director Stuart Walker said yesterday.

"We'll be holding auditions in Dunedin, Invercargill, Queenstown and Oamaru for guest artists, dancers, ensemble singers and OD Glee members, who will all be backed by a 19-piece orchestra of the finest musicians available," he said.

Audition venues and times will be advertised in the ODT from next week and the major acts would be announced closer to the concert date, Mr Walker said.

The Dunedin City Council is supporting the event as the opening community concert in the new stadium.

"Forsyth Barr Stadium symbolises innovation, leadership,commitment and community. It is an expression of confidence in the future, not only Otago's future, but New Zealand as a whole," Sir Eion said.

"This is everyone's chance as a community to experience our stadium and be part of creating history."

The "Big Night In" will be ticketed, but entry is free.

Gold-coin donations, which will be given to charity, will be accepted at the gate.