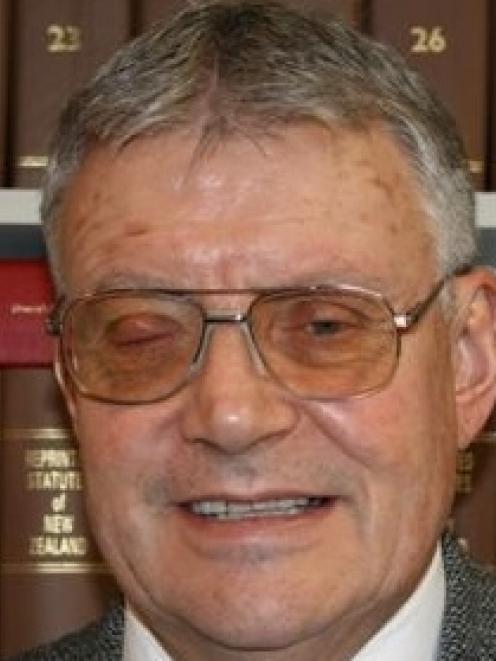 Paul Menzies
A business consulting firm has identified $30 million in savings to be made in Southern District Health Board services over the next three years.

PricewaterhouseCoopers (PWC) was called in by the board in the wake of a bigger-than-expected 2011-12 deficit.

The board released figures showing it spent $358,000 in fees to PWC from July to the end of October.

That included $154,000 for a "turnaround project", and up to $93,000 to second PWC director Graham Jelley. An undisclosed amount of the $93,000 secondment item was for related project costs. The spokesman said PWC's work was broader than finance, and looked at wider governance matters.

There is as yet little detail of how the $30 million of savings would be achieved.

It would involve more care in the community, and speeding of patients through hospital. Staff numbers would not be cut.

When contacted, finance and risk committee chairman Tim Ward said PWC presented a report to his closed-door committee on Thursday.

The PWC spending was justifiable, because the firm found significant potential savings, he said.

Primary care and the GP sector were a big part of hoped-for savings, with a view to reducing patients admitted to hospital-level services.

Altering staff rosters, and changing management and work practices, were part of the mix.

Neither services nor staff would not be cut, and patient care would be improved.

The recruitment process under way for a stand-alone finance chief would increase focus on spending and revenue.

Deputy chairman Paul Menzies said while he was "never happy" spending money on anything except services, PWC seemed to have been effective.

Its work "acted as a bit of a circuit-breaker" for the board.

The community and GP sector was ready to take a greater role in the wider system, he said.

He wanted to see spending on locum medical staff reduced or even eliminated. That might mean hiring more permanent staff.

There had been a change in attitude in both Dunedin, and Invercargill, and staff seemed genuinely enthusiastic about doing things differently, he said.

And chief executive Carole Heatly, who has been in the job since March, was making a difference.

"Carole's certainly got the bull by the horns," he said.

A board member for 12 years, Mr Menzies has indicated he does not intend standing in next October's board elections.

"My feeling at the moment is ... you need new people, new ideas."

Mr Menzies was the last chairman of the old Southland board before it merged with Otago in 2010. He has since been deputy, firstly for inaugural chairman Errol Millar, and now for Joe Butterfield.

Health was getting more costly, and there would never be enough resources to meet expectations.

"It's hard, but that's what makes it worthwhile. I couldn't abide local authority stuff, that would drive me nuts," Mr Menzies said.

The interesting thing about the merger was that Southland had contributed much more in terms of expertise than many people initially assumed, he said.