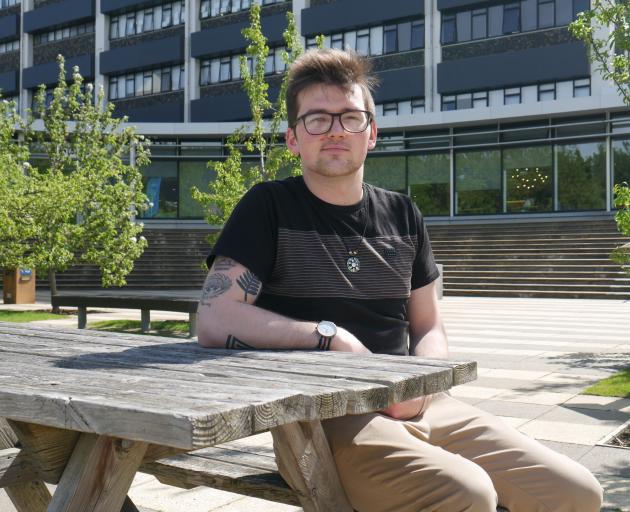 Nathan Laurie (22) has been association president since July 1, and will stay in the role next year.

He was part of the general executive at the start of the year and stepped into the role when the former president graduated.

The main reason he put his hand up for it was simple.

"If there's a book that you want to read but it hasn't been written, you should write it yourself.''

He has been studying in tertiary institutions since 2014 and worked for a year, so saw Dunedin "through the eyes of a young person''.

"I've been able to pick up on the problems and struggles that people like me have been going through.''

He was pleased to now have a platform to help others.

"At least now kicking up a fuss is a bit justified.''

Some of the issues he wanted to tackle were the financial barriers many students faced, and the lack of awareness of the services and support that was available to them.

"There's a lot of people working really hard to do some awesome things for the students but the uptake or outreach is little bit limited at this stage.''

He wanted to bridge the gap between the polytechnic and the University of Otago and work more collaboratively on projects and initiatives with its representatives.

Next year was set to be a big year with the New Zealand general election and cannabis referendum to be held, he said.

Mr Laurie is on the education, products and services working group for the New Zealand Institute of Skills & Technology, which is chaired by Otago Polytechnic chief executive Phil Ker.

"Somehow over the semester I've found myself with quite a few new hats to wear,'' Mr Laurie said.

"I'm starting to put plans in place to get us to hit the ground running for next year.''