Another 'piece of art for the whole city' 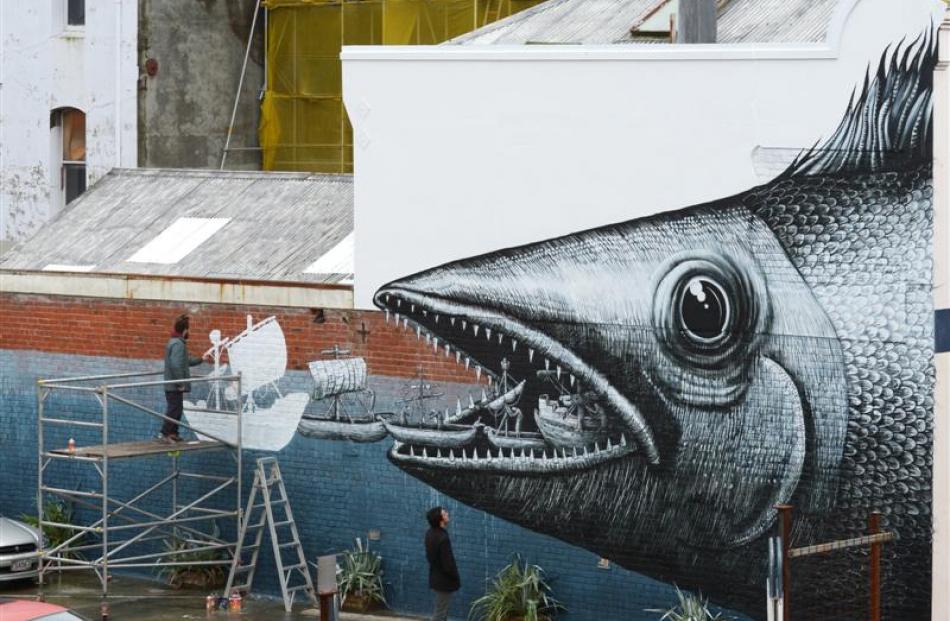 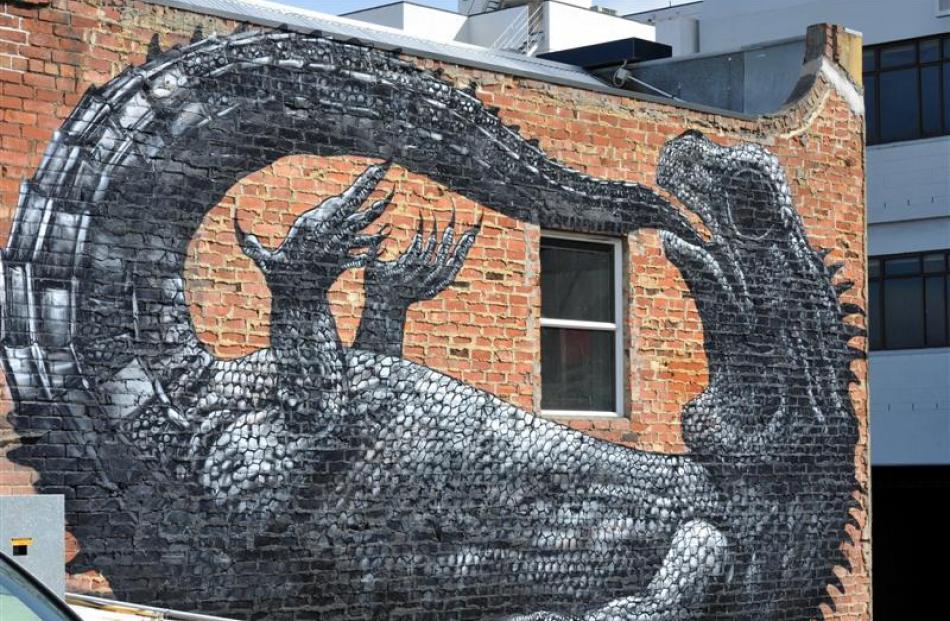 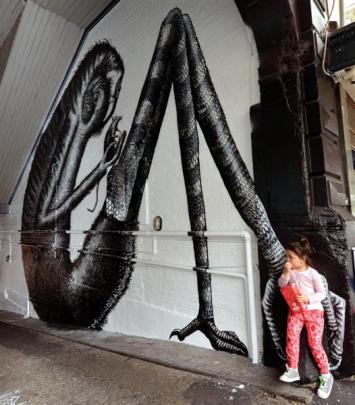 Dunedin is becoming a canvas for internationally-renowned street artists.

The third big mural this year is being completed on an inner-city Dunedin building.

The first was started in January, when Belgian street artist Roa was commissioned to paint a tuatara on a Bath St building - which proved so popular other building owners wanted to get in on the fun.

For the past week, English street artist Phlegm has been in Dunedin creating two new murals.

''It's great here for street art. You've got so many big industrial old buildings here. I grew up painting on buildings like this in Sheffield,'' Phlegm said yesterday.

''I travel all the time doing this sort of work and I'd love to come back to Dunedin. A couple of other buildings have caught my eye.''

The artist was inspired to come to Dunedin after learning about the city from his Belgian colleague.

''Phlegm is friends with Roa and heard that Dunedin was an amazing city to visit and paint in,'' street art enthusiast Justin Cashell said yesterday.

''We're lucky to have him here. These people are highly sought-after. Dunedin is spoken of very highly by international street artists.''

The works' artistic merit was endorsed by the Dunedin City Council.

''It's great to see members of the public so enthusiastic about donating to enhance the streetscape in such a contemporary and visible manner,'' DCC heritage policy planner Glen Hazelton said.

''We have had very positive feedback about the Roa piece in Bath St and are expecting to get a similar response to these pieces by Phlegm.''

Mr Cashell hoped the works would lead to the establishment of a street art festival in Dunedin.

''We have always been seen as an innovative, art-focused city [and] a street art festival fits this image. This would be a fantastic opportunity for the Dunedin City Council to get on board with a festival that would have lasting positive returns for the tourism industry,'' he said.

Phlegm will complete his second mural before leaving Dunedin on Sunday.