Another year of stadium rate 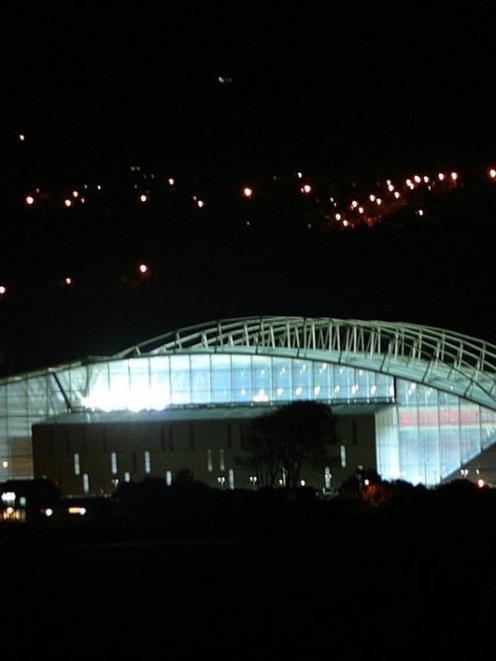 A targeted rate to help pay for the Otago Regional Council's $37.5 million contribution to the stadium was due to end in June.

For the past six years, targeted rates of $2.8 million a year have gone straight into council reserves to repay the $10 million loan the council took out to help pay its stadium contribution.

However, a report outlining the proposed draft annual plan 2014-15 to be considered by the council's finance committee tomorrow, says ''due to interest changes over the period of borrowings'', the targeted rate needed to continue to repay a final $550,000.

That meant the coming year's draft plan would include a stadium targeted rate, although less than previous years.

As well as the stadium rate continuing, ratepayers could also face a proposed 2.49% increase in the general rate.

However, targeted rates made up most of the council's rate bill, with increases proposed on eight activities; three were to decrease and seven would remain unchanged.

One to potentially increase was the Dunedin transport rate, which could go up as little as 0.84% or as much as 8.64%, a report to the committee said.

The committee, which has already discussed the issue in a non-public workshop, has to decide which option it preferred to deal with the expiry of the Harbourside and City Routes 1 bus services on June 30 and issues with the Corstorphine service.

The most expensive option involved negotiating contract extensions to the Harbourside services, which would see services per week increasing from 65 to 82 for Port Chalmers, 56 to 69 for the Peninsula service and 77 to 89 for Waverley.

For city routes contracts, the Garden Village service would go from 48 to 73, Roslyn reduce from 102 to 68 and Corstorphine would move to a similar timetable to before the July 2013 route changes.

The cheaper options involved only negotiating changes to the Corstorphine services or only the changes to Corstorphine, Roslyn, Garden Village and Waverley services.

The draft annual plan included funding for the cheaper options requiring a 0.84% increase, taking into consideration a $100,000 ''rates smoothing input'' from the transport reserve and $210,000 from grants.

Increases in targeted rates for those in the Leith, lower Taieri and lower Clutha flood and drainage scheme areas were also going up to allow for scheduled work, including $1.4 million on a new outfall structure for the Paretai drainage network and refurbishment of the Smith Rd pump station and $5 million on flood protection on the Water of Leith between Dundas and St David Sts.

On the positive side, targeted rates for those in high air pollution areas, including Alexandra, Arrowtown and Milton, were estimated to get a 60% decrease in their clean air rate as the council was planning less work in that area.

Recommendations from the committee on the draft annual plan will go through to the full council meeting on March 12 to be approved before going out for public consultation.

• Proposal to work with other South Island councils on pest management.

• $8 million to be spent on flood and drainage schemes.