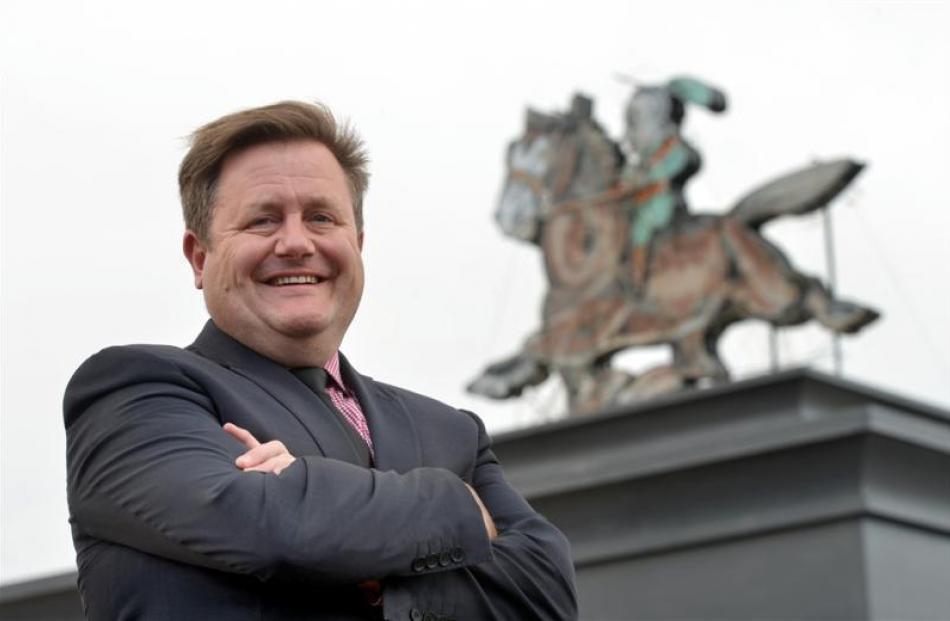 The sale of the historic Arthur Barnett department store is set to end 112 years of the brand in Dunedin, but ownership of the shop will remain in the South.

New owner H&J Smith says all staff will be offered employment, with no redundancies expected.

Under the H&J Smith brand, the store will stay in the Meridian mall, with the company securing a new 10-year lease in the George St complex.

Managing director Jason Smith, of Invercargill, also gave an assurance that his privately-owned company planned to keep the landmark 1924 ''Can't Stop'' horse-and-rider neon sign on the roof of the building.

Director Mike Coburn said the sale process came about because the store's 20-year lease at the Meridian was coming up for renewal in 2017.

''The question one would ask is, would the shareholders renew for the further 20 years?

''Logic would suggest the smart money would look to group it with a bigger business, if you take into account the obvious changes in the retail industry.''

He said the move would secure the future of staff and suppliers.

He felt ''a twinge of sadness'' for the loss of what he described as an ''icon'' brand, but said the sale was done for the right reasons.

Mr Smith said there would be a three-month transition period, before the store would be integrated into H&J Smith.

On the product range the new store would carry, Mr Smith said there was plenty of work to do in that time understanding the business, and what customers were looking for, before making final decisions.

The directors of Fraser Smith Holdings are Sir Julian Smith and his brother, Nick Smith, the owners of Allied Press Ltd, publisher of the Otago Daily Times.

Mr Scott said last night the sale was good for both companies, and gave continuity for staff.

''It's good to have somebody that's in the trade to continue on the business.''

The sale price was not disclosed.

The two Smith families are not related.

• Established in 1903 by Arthur Barnett

• Began as a drapery for men and boys