Bani was 'upbeat' at recording session 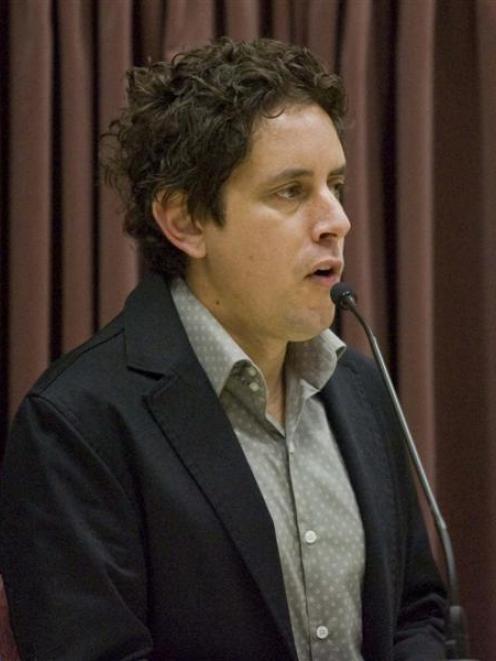 Wallace Chapman
The High Court jury at Christchurch hearing David Bain's retrial for the 1994 murders of his family had yesterday afternoon off because no more defence witnesses were available.

The first of the two witnesses called by the defence yesterday was an Auckland man - also with the surname Chapman - who had been going to meet David Bain for dinner on Wednesday, June 22, 1994, two days after five members of the Bain family were shot.

Wallace Chapman, now a radio and television broadcaster, said he knew Bain well after meeting him through directing a "Summer Shakespeare" production in January that year.

The then university student was referred to him as a singer and was "one of the key singers" in the play.

"I got to know him very well," Mr Chapman said.

He described Bain as one of the more sociable, pleasant and chatty members of the group.

After the show finished in February, Bain telephoned him to thank him for the production.

Mr Chapman said he was having some health problems at the time and was "on a walking stick" and Bain had said to contact him if there was anything he could do to help.

Not long before the June 20 shootings, he contacted Bain about putting together a CD of the singing from the Shakespeare play.

"I wanted him to be involved," Mr Chapman said.

The Friday evening of June 17 was set for the recording and the night before that, he and Bain had a long telephone conversation, both discussing the future.

Bain talked about his girlfriend and also how he wanted to get into triathlons.

"I suggested he come to the gym with me," the witness said.

He described Bain as "very upbeat".

The next night was the recording session, which Mr Chapman said was "a fun, upbeat evening".

He decided to invite everyone to a Moray Pl cafe for coffee and cake.

The last he saw of Bain was about 10pm when they dropped him off outside the Otago Museum, where he was meeting his sister.

Mr Chapman said he gave a statement to the police in 1994 but had not had any further contact from them.

In the statement, he mentioned that Bain had told him about slipping and breaking his glasses on the Thursday night.

"I found it unusual at the recording session on the Friday night that he was not wearing his glasses to see the music," the witness told defence counsel Matthew Karam.

"He said he was having migraines."

The Crown, represented by Kieran Raftery, Cameron Mander and Robin Bates, contends Bain murdered the family, using his early morning paper round as an alibi, and made it look as if Robin shot them before committing suicide.

But the defence, represented by Michael Reed QC, Helen Cull QC, Paul Morten and Matthew Karam, argues Robin was the killer and turned the gun on himself because he was about to be exposed for an incestuous relationship with his younger daughter, Laniet.