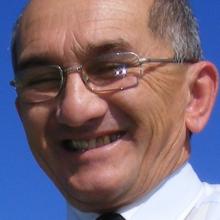 Lester Dean.
The Pacific Island community in Dunedin will be hit hard by the closure of Cadbury.

Pacific Trust Otago chief executive Lester Dean said the factory had a high proportion of Pacific workers, and in some families, three generations had worked there.

"It’s impacting on the Pacific community as a whole."

"I don’t have the exact numbers [of Pacific Island Cadbury workers] but I think it would be fairly close to 100. There’s history with Cadbury."

Two Pacific Trust Otago board members were also Cadbury workers. Support for the community had to be carefully considered.

"Pacific people are very proud. We have to be sensitive about how we approach this.

"For many people, it’s the only job they’ve had since they’ve been here," Mr Dean said.

Many of the jobs that drew Pacific people to the area had disappeared. Pacific Island workers came to Dunedin mainly in two waves, in the 1950s and 1970s, for factory and freezing worker jobs, he said. Mr Dean, a Cook Islander, did not feel optimistic about employment prospects in the area. However, the community’s strong networks would help.

"It will bring the community together."