Call for rethink on e-scooters 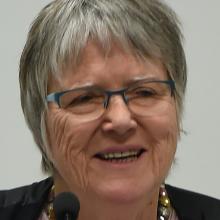 Aucklander Amy Gianfrancesco recently fractured her neck, lay unconscious for some time and was left with serious bruising after falling off a shared-use Lime e-scooter.

Ms Gianfrancesco has since called for tighter regulations and suggested e-scooters be "locked" at night so people who had been drinking could not use them.

Ms Genter said e-scooters offered real benefits and she wanted to wait until the Lime scooter trial was complete before seeing if further regulation was required.

Dr Hood, who recently warned that e-scooter use on footpaths would "inevitably end in fatalities", is co-convener of the Dunedin Pedestrian Action Network and a trustee of the Visual Impairment Charitable Trust Aotearoa (Victa).

An e-scooter "craze" was under way in Auckland and Wellington, other people had also been seriously injured, and the scooters were "causing too much mayhem", she warned yesterday. It was time to think again and take a more measured and safety-conscious approach.

"It’s about speed and novelty. It’s just like when skateboards came in," she said.

Skateboards had initially caused many problems, which had since been addressed, including with by-laws restricting their use in the Dunedin central business district and the establishment of skateboard parks, she said.

She said the process of legalising e-scooters had been rushed through, was now endangering public safety, and it was time for a rethink.

She took issue with an official gazette publication on September 17, later notified to Parliament on December 7, that declared that e-scooters were not motor vehicles.

She called for the regulation change to be dropped, given that it had apparently stopped the police from charging e-scooter users on footpaths with drunken driving and was effectively threatening the safety of pedestrians using footpaths, she said.

Dunedin is no fun as it is. People like this keep it that way.

No SH_888 it isn't people like this at all it is the idiots abusing the scooters and putting others in danger that spoil it for all, by being goats and clowns on such scooters.

Fun on scooters? Yes but not on pathways. It will stop pedestrians using the paths and retailers won't like that. Especially as visitors are deposited here daily in their boatloads. 7,000 ++ cruisers bumper to bumper, plus locals, university students, family and staff- there won't be room for scooters on paths! Scooting on cycleways only, could be the answer.