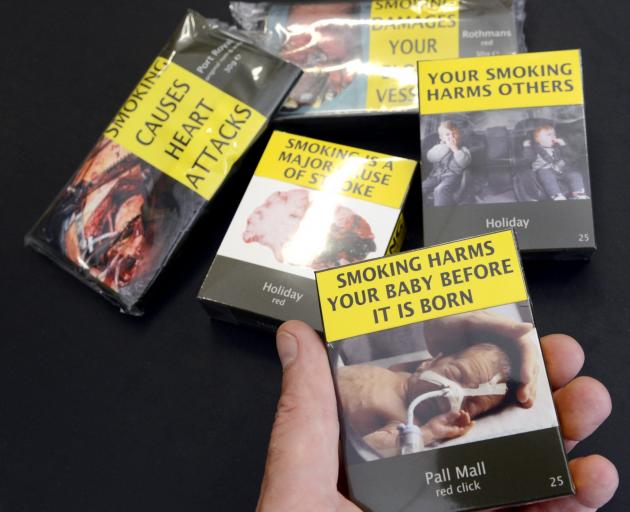 The new look for tobacco products. Photo: Gerard O'Brien
Otago researchers say standardised packaging for cigarettes is a good move, but more needs to be done in the fight against tobacco. 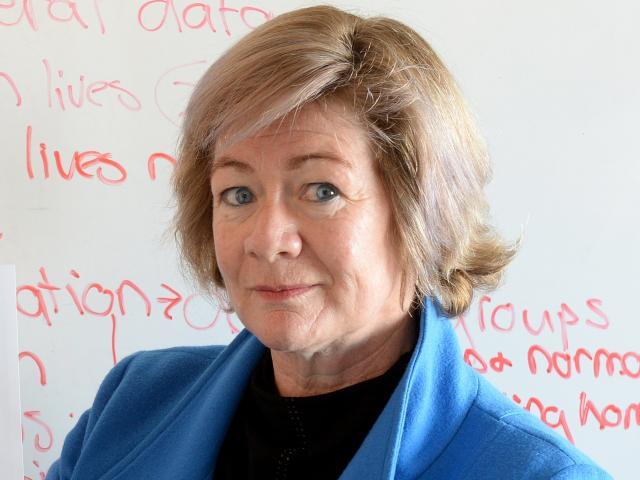 From today, cigarettes and other tobacco products can only be sold in generic plain brown and green packaging - brand and product names are now in a standard colour, position, font size and style.

A new set of 14 health warnings and images have also been rolled out, enlarged to cover at least 75% of the front of the packet.

The co-director of ASPIRE2025, Prof Janet Hoek from the University of Otago, said today that the plain packaging policy represented a major step forward in protecting young people from starting to smoke.

However, she called on the Government to ensure that the standardised packs maintained their impact.

“On-pack warnings are very important because they allow us to reach all smokers, but we must recognise that people who have smoked for 30 years differ from young people who are experimenting or who regard themselves as social smokers."

Concerned by evidence from their earlier work which revealed young people rationalise warnings about long-term harms caused by smoking, Prof Hoek and her team developed and tested a range of new warnings.

In two Health Research Council of New Zealand-funded studies, recently published in Tobacco Control and the Journal of Health Communication, the researchers looked at how young adults responded to different warning themes.

“We found that warnings illustrating the social risks of smoking and the harm smoking inflicts on innocent third parties, such as children and animals, as well as exposing the tobacco industry’s practices, elicited strong negative emotions and were significantly less likely to be selected in choice tasks,” Emeritus Professor Phil Gendall, lead author of both studies, said.

Profs Hoek and Gendall argued it was time to apply basic communications principles to on-pack warnings.

“No marketing manager would consider using a single communications theme for more than a decade, yet this has been the approach taken to date in New Zealand where the pictorial warnings introduced in 2008 have been used for ten years,” Prof Hoek said.

The researchers said the  Government should keep looking at how smokers were targeted. On-pack warnings needed to have an effect on diverse groups of smokers, and be refreshed regularly so smokers are exposed to multiple reasons for quitting.

The Government also needed to run an “intensive, complementary, mass media campaign” to channel dissonance caused by the new packs into quit attempts, as well as develop a thoughtful evaluation plan of the impact of plain packaging.

“We are only seven years from the Smokefree 2025 goal so we need to make sure that the policies introduced achieve maximum impact over a sustained period,” Prof Hoek said.

Yes there is still work to be done. I live next to Otago university students and am amazed that despite all efforts in education, price and packaging, they sit outside smoking cigarettes.