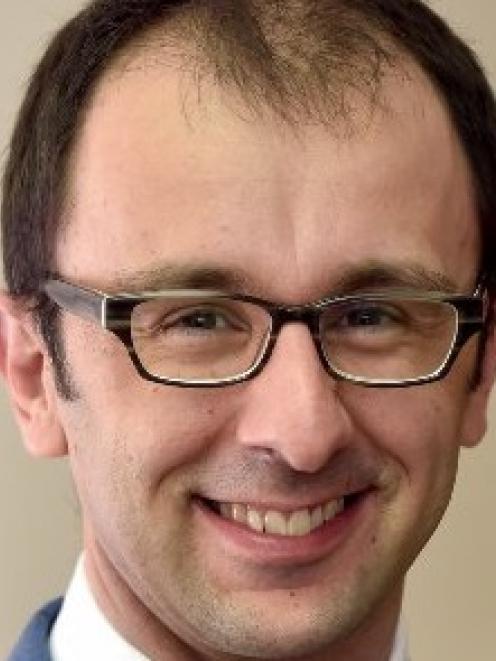 Chris Jackson
Grants totalling more than $100,000 have boosted research aimed at overcoming fragmented care for some Otago-Southland cancer patients, and reducing medication problems for other people.

Both projects, at the Southern District Health Board (SDHB), have been supported through a recent inaugural Health Research South Grant for Health Service Delivery Research initiative.

The projects could mean better outcomes for patients and could save the SDHB the considerable costs involved when patients had to be readmitted.

SDHB oncologist Dr Chris Jackson is delighted to have received a $16,500 grant to cover the nursing-related costs of a feasibility study aimed at improving bowel cancer management.

Bowel cancer was a growing problem and the trial was one way of facing it ‘‘head-on in the real world'', Dr Jackson added.

Dr Jackson and fellow researchers would trial a screening tool. And that, combined with a comprehensive medical assessment, aimed to improve care co-ordination, treatment uptake and at ‘‘reducing cancer treatment toxicity''.

Another project involves enhancing identification and management of patients at increased risk of medication-related problems after being discharged from hospital.

SDHB pharmacy manager Craig MacKenzie and his team have been awarded $45,373 for one year, and access to similar funds into a second year, depending on progress. They will introduce an electronic prioritisation tool to automatically identify inpatients at high risk of later medication problems.

Medication management in the transition back to primary care was known to be ‘‘problematic'' and medications played a significant part in readmissions, he said.

Identifying high risk patients meant they could be provided with further clinical pharmacy services when being discharged, to help with transition of care into the community.

Health Research South is a joint research relationship between the SDHB and the University of Otago's Dunedin School of Medicine.