City lawyer sworn in as judge 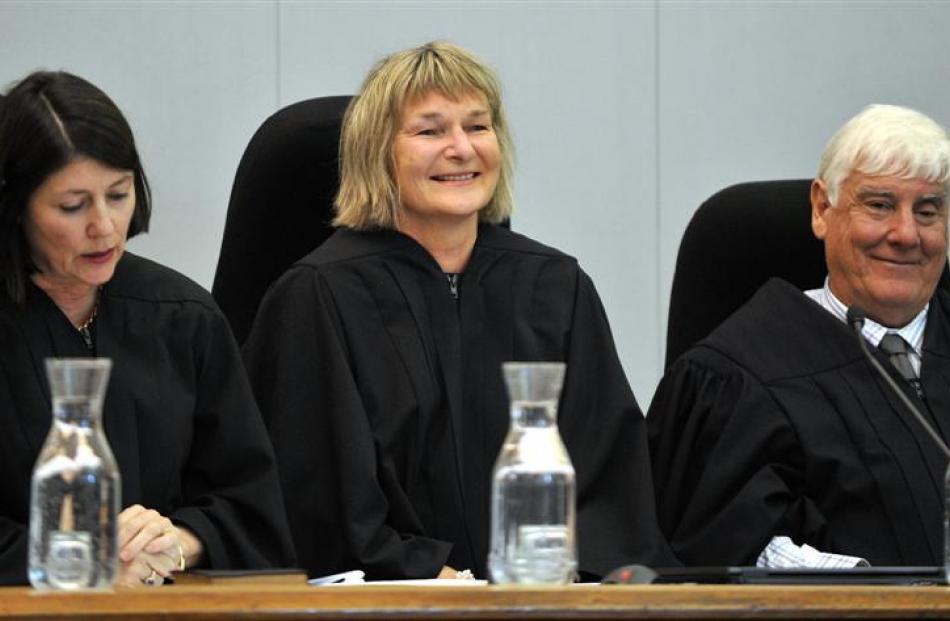 Dunedin lawyer Bernadette Farnan is now a district court judge, after a packed-out swearing-in ceremony in the Dunedin District Court.

She will sit in the Invercargill District Court.

Chief District Court Judge J-M Doogue said it was one of the largest swearing-in ceremonies she had seen - a ''massive turnout''.

This was ''testament to a person who is very well respected'' in the field of law.

''It's a magnificent achievement.''

Judge Farnan studied law at the University of Canterbury and started her career as a general law practitioner in Oamaru in the late 1970s.

After a brief stint in Dunedin as a probation officer, she returned to legal practice in Dunedin.

She had her own practice in Dunedin - Farnan Garthwaite Law - for about 20 years, practising family, civil, criminal and youth law.

She has also taught at the Institute of Professional Legal Studies for about 25 years, which she said had been an ''invaluable experience''.

''It's been an absolute privilege meeting so many young, and not so young, people interested in starting their careers in law.''

Louise Garthwaite, a partner at Farnan Garthwaite, which disbanded last month, said Judge Farnan would be ''sorely missed'' but would make an ''excellent judge''.