City show on display in Adelaide 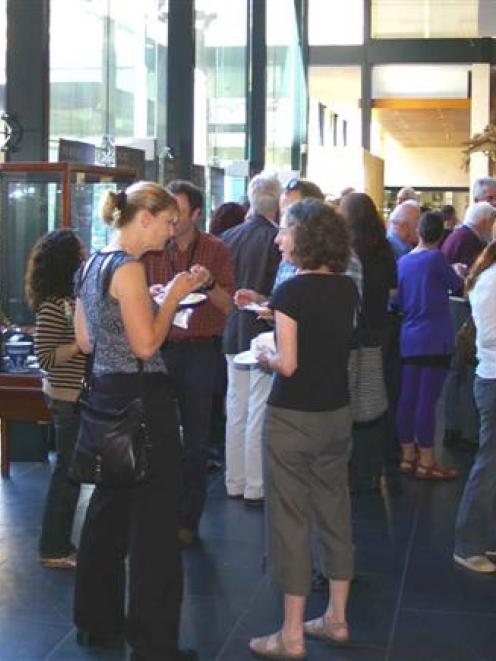 This Charles Darwin exhibition, using interpretative panels developed at the Otago Museum, is pictured on display at the South Australian Museum, in Adelaide. Photo supplied.
A Charles Darwin exhibition developed at the Otago Museum has recently taken on a new life as a display at the South Australia Museum in Adelaide.

This is part of a growing trend for displays created at the Otago Museum to tour other New Zealand centres, or be exhibited overseas, boosting the museum's profile and income, museum officials say.

Otago Museum chief executive Shimrath Paul said the Darwin display was continuing at the Otago facility, but, in an innovative move, the South Australia Museum had been sold the rights to use reproductions of the Otago show's interpretative panels and accompanying photographs.

Copies of these panels are now on display at the Adelaide museum, together with objects the Australian facility had chosen from its own collections, drawing inspiration from the Otago Museum's object choices.

Otago Museum staff could be "very proud" the exhibition was on show overseas and "being well received by the Adelaide community."

Earning extra income and raising the museum's profile nationally and internationally was "a win all round", Mr Paul said.

"West Africa: Rhythm+Spirit", another Otago-developed show, will be exhibited at Pataka, in Porirua, next month, and negotiations are under way for a later display in Melbourne.

"Antarctica: The Big Ice" has toured several New Zealand centres (2007-2008), and is likely to be exhibited at a major Australian museum next year.

Another Otago show, "Andris Apse: Focus on a Frozen Land", appeared at the Hastings Art Gallery in August-October last year.

Otago Museum director of exhibitions, development and planning Clare Wilson said the museum had considerably developed its in-house expertise in exhibitions during the past three years, helping produce better quality shows which could also be efficiently toured.