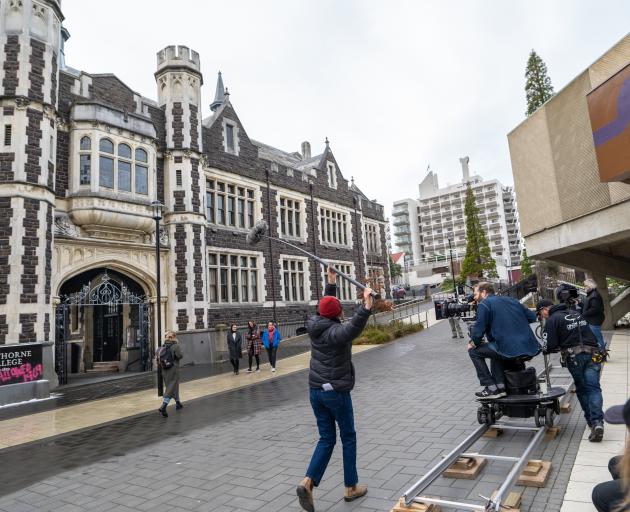 However, Otago would need to build on momentum from Netflix film The Royal Treatment and other projects for the vision to be realised, Dunedin City Council film co-ordinator Antony Deaker said.

"The aim is to build the city’s reputation and capacity so that, as much as possible, Dunedin is a viable option for ongoing work," he said.

"We also hope to enable more local stories to reach production so that we are not solely reliant on servicing visiting projects."

Crew shoot an advertisement in Dunedin for Lloyds Bank in 2018.
The Film Otago Southland office has been receiving a record level of inquiries.

Possible projects in the Otago pipeline include a drama set in Dunedin and Maniototo, a United States Christmas comedy film, two international television series, a New Zealand feature film and another in which Dunedin would feature as a Scottish fishing village.

None of the projects have yet been confirmed, however.

Mr Deaker said he was dealing with inquiries that were 12 to 15 months away from coming to fruition.

The Royal Treatment has been filmed this year at sites such as Olveston Historic Home in Dunedin, Larnach Castle on the Otago Peninsula and most recently in Oamaru and in Vogel St, Dunedin. 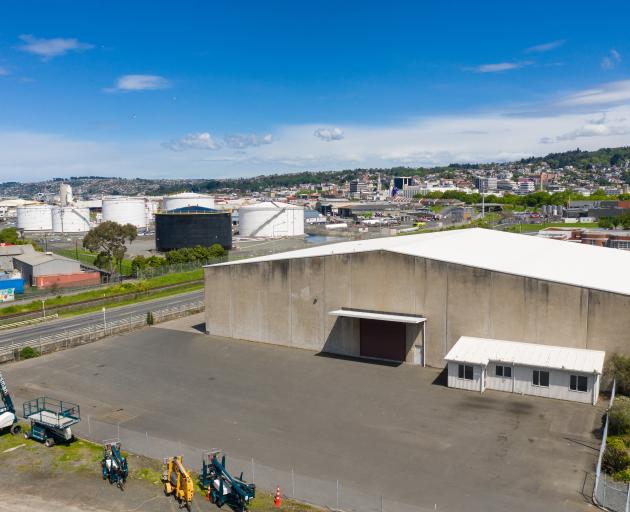 A warehouse in Parry St, Dunedin, remains a possible site for the development of a film studio.
TV series Under the Vines and One Lane Bridge have been filmed in Central Otago and Queenstown.

Monarch talent agency owner Tracie Patel, of Queenstown, said it was unusual to have so much film work on in the region.

She was optimistic of more projects in the pipeline, because New Zealand’s handling of the Covid-19 pandemic had enhanced opportunities.

Ms Patel said production companies continued to look favourably at New Zealand and she hoped another project might land in the South Island soon.

Mr Deaker said crews had tended to work project to project, with gaps in between, and this meant talented crew members often had to pick up other jobs or move to Auckland or Wellington for film and television work.

"A consistent flow of screen projects would also generate more work for our wider creative sector, as well as technicians, builders, caterers and those in the hospitality and equipment hire sectors," he said.

A proposal to develop a film studio at Parry St in Dunedin was knocked back last year when the Government chose not to back a $17.7million warehouse fit-out.

Options to develop a studio facility in the city would continue to be evaluated, Mr Deaker said.