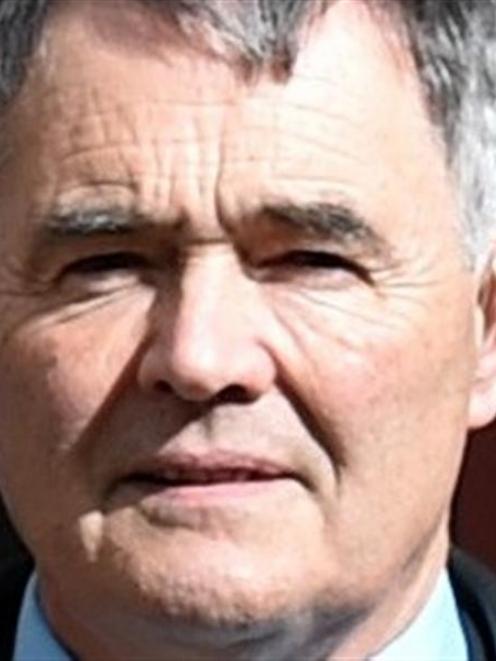 Dave Cull.
Less red tape, changes to heritage building consents and a shake-up of what can be built in Dunedin's hazard areas are key features of the city's proposed district plan.

In gestation for three years, the plan is a review of the city's existing district plan and will be out for public consultation for eight weeks, beginning today.

It manages every land use across the city, setting out what people can do on their land and how it can be developed.

• Changes to rules for heritage precincts and buildings.

• A ''natural hazards'' section detailing hazardous areas and the management of them.

• A heritage plan which aims to encourage ongoing use of heritage buildings.

• Commercial and mixed use zones, including the Warehouse Precinct, providing a range of permitted activities in one area.

• An urban sprawl boundary line between residential and rural land.

Mayor Dave Cull said the ''crucial document'' was aimed at encouraging ''appropriate development in the right locations'', while protecting ''features and amenities'' important to residents.

There had been considerable community engagement on the issues included in the proposed plan, and that interaction had strongly influenced the plan's current form, he said.

That had resulted in a plan that reflected what the public wanted, while also steering Dunedin towards ''what we need our city to be like in a few years''.

To view the document in hard copy, people could visit the city's libraries, service centres, and the George St ''2GP Drop-in Centre'' over the next eight weeks.

City development manager Dr Anna Johnson said the plan was a response to what the public had told the council.

While some residents were concerned about proposed density increases, those increases were more about demographic shifts than population growth.

An ageing population and an increase in people wanting to be less car-dependent created a bigger need for increased density in some areas, she said.

The proposed plan included a line between residential and rural land that limited urban sprawl, although if population growth demanded more greenfield development space, provisions existed to allow that, she said.

Other changes included moves to make the building of ''family flats'' in most zones easier; the ability to hold smaller events without the need for consents; and allowing garages and carports to be built in the front yards of houses, with some limitations, rather than always requiring consent.

Mr Cull said the changes were expected to lead to fewer consents being needed, and far more clarity for those who did need a consent.

The 1600-page document is being kept as an ''e-document'' for online viewing, and can be found on the council website.