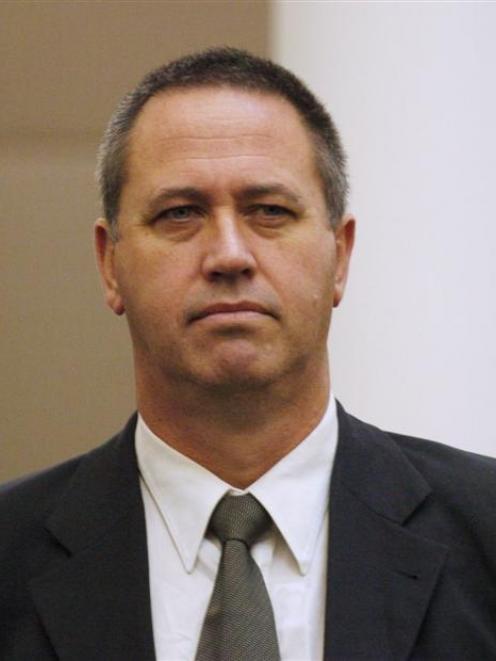 Swann will remain on parole until May 2018 and be subject to special conditions for six months after that.

When released, on July 31, Swann (51) will have spent four years and eight months in jail, having been sentenced in March 2009 to nine years and six months' jail for his role in defrauding the Otago District Health Board of $16.9 million.

His term of imprisonment will include the 110 days he was remanded in custody before being sentenced. Swann became eligible for parole on May 24.

Former ODHB chairman Richard Thomson said Swann's release was not a surprise, but it was disappointing. He said Swann was not remorseful and the only lesson he had learned was not to get caught.

''My understanding is he will be going to live in a property that most of us can only dream about. And he will be doing so despite continuing to cause the population of Otago and Southland lost health opportunities as a result of his refusal during his prison term to engage with the board.''

Mr Thomson was board chairman for part of the time when Swann's fraud occurred and consequently was sacked from that position in 2009 by Health Minister Tony Ryall. He remains a member of the Southern District Health Board.

Mr Thomson said Swann had caused the board ongoing legal costs but could have prevented the extra expense ''with a signature and at no cost to himself''.

''The primary issue is whether this man co-operated to put right what he did that was wrong and I know, but am not at liberty to detail, that he has failed to do so.

''That to me is indicative of both his personality and of his complete absence of remorse,'' Mr Thomson said.

The SDHB had no comment to make on Swann's release, a spokeswoman said last night.

In its written decision, the New Zealand Parole Board stated Swann was not likely to reoffend and did not need intervention programmes or one-on-one psychological help, but should be banned from handling other people's money and managing commercial business.

''Swann, given the position he held, had the opportunity to offend and his ability to do so was increased by a lack of empathy for others and his greed, as opposed to any need,'' the board stated.

It found Swann's behaviour in prison was good, apart from one ''minor misconduct'' in respect of the use of a phone in 2011, and for the past nine months he had been in a self-care villa within the prison and allowed on ''authorised community outings'' without incident.

But there was a ''clear need'' for boundaries in respect of Swann's residence and employment, the board stated.

Swann was subject to a $6 million pecuniary order but ''accepted in the interview that he will be unlikely to ever repay that sum in full'', the board stated.

At a parole hearing in Christchurch last month, it was revealed Swann would work for a health company.

The board was concerned about him living with his employer - a Christchurch businessman - due to potential ''collusion'', and in its written decision stated Swann had found another supporter to live with.

The second address, also in Christchurch, was approved by the Department of Corrections.

To date, about $2.4 million has been recovered from Swann, mostly through the sale of seized assets, including houses, a ship and luxury vehicles.

But the direct cost of prosecuting Swann and seizing his assets has been about $1.24 million, not including police work.

The $6 million pecuniary order, made in 2010 under the Proceeds of Crime Act, meant any other assets found to have been amassed by Swann through his fraud could be seized and sold to recover some of the health board's debt.

Police and prosecutors doubted significant assets were still to be found, particularly as the Serious Fraud Office had thoroughly investigated Swann's use of the millions.