Council staff take up collection; challenge to others 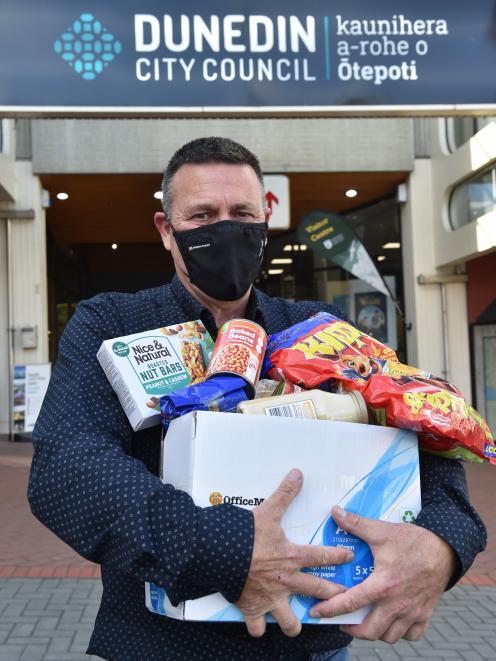 A plea from Dunedin’s foodbanks for more supplies will not go unheeded as Dunedin City Council staff step up to the plate to help restock the bare cupboards.

Now other large organisations across the city are being challenged to match the council’s efforts.

A group of council staff   organised a council-wide food drive, with staff members encouraged to donate non-perishable foods over the coming fortnight.

One of the organisers, senior contract supervisor Terry Taylor, said he hoped their efforts would help relieve the pressure on the foodbanks leading into the holiday period.

‘‘We read this week that all four of Dunedin’s foodbanks are doing it tough. With Christmas approaching, we thought we were in a position to help, and we’re happy to do our bit,’’ Mr Taylor said.

With the council employing  more than 1000 people, he said he hoped their efforts would ‘‘put a real dent in the critical shortages facing Dunedin’s foodbanks’’.

Council chief executive Sandy Graham said the food drive was a staff-led initiative and she could not be more proud of them.

She challenged other large organisation across the city to match the council’s efforts.

‘‘What I don’t want to get lost is the food banks often need stuff, so it’s a really good thing always to be aware that there are those areas of the city that we can all help out with.’’

The council’s collection was  to be donated to St Vincent de Paul but all four foodbanks have agreements to share donations among their outlets.

‘‘If you are fortunate enough to be in a position to help, please do so.’’

All four of the city’s foodbanks — Presbyterian Support Otago, the Salvation Army, St Vincent de Paul, and the Mosgiel Community Food Bank — met earlier this week to discusspressures they were facing ahead of the busy holiday period.

The city’s annual Christmas can appeal has been canned due to Covid restrictions, placing further strain on the already sparsely populated shelves of the foodbanks. 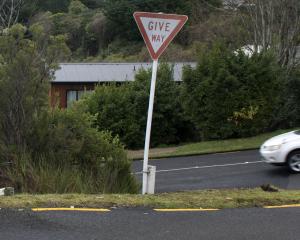 At least the hungry people can enjoy the rainbow crossing, a much higher DCC priority than feeding our people!

If you care, DCC, be careful with your spending. Lower rates = lower living expenses, and less Dunedin residents struggling. PR stunts like this are an insult.