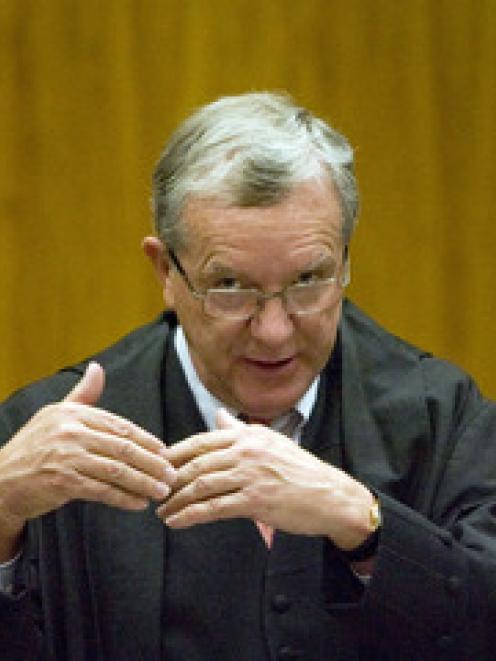 "I think Joe (Karam) misunderstands something."

The radio station said sources had told it David Bain's defence team was willing to broker a plea bargain that would see him admit to shooting his father.

The deal did not eventuate, and sources have indicated that may be because Mr Karam knew nothing about it.

Mr Karam raised the issue of plea bargains at a press conference where he spoke about previously suppressed material released by the Supreme Court and the Appeal Court yesterday.

The Supreme Court lifted suppression on the recording of Mr Bain which the Crown alleged had him saying "I shot the prick" in his call to the ambulance service after reporting the deaths of five members of his family.

The Crown contended that Mr Bain, who was acquitted on Friday of the 1994 family murders after a retrial, admitted in the call he had shot someone.

However, Mr Karam said the contents of that part of the tape had been dismissed by experts.

Chief Justice Dame Sian Elias said it had to be made clear the material was not considered relevant or reliable.

"There is no confession on David Bain's 111 call, there are no words," Mr Karam said.

The defence had contested the release of the information, but Dame Sian said the initial reason for suppressing the judgment was to ensure Mr Bain's right to a fair trial.

That reason no longer existed.

The Court of Appeal also lifted suppression on controversial evidence that was not introduced in the retrial, of Mr Bain allegedly plotting to rape a jogger and use his paper round as an alibi, when he was a high school student.

No attack on the jogger occurred.

Part of Mr Bain's murder trial defence was that he was out on his paper run when his family were killed, so he could not have done it.

Mr Bain's schoolmate Mark Buckley told police Mr Bain had told him in 1990 when they were both 17 or 18 about his sexual interest in a female jogger and told him he could use his paper round as a means of "getting away with it".

An Otago law professor said he was surprised direct evidence alleging Mr Bain planned to use his paper round as an alibi for committing a crime was not allowed to go before the jury when evidence verging on hearsay and detrimental to Robin and Laniet Bain was.

"It raises a question about how the defence led a wide range of evidence about four people who could not answer for themselves, yet a direct witness made a statement that was excluded," criminal law professor Kevin Dawkins told the Otago Daily Times.

The Court of Appeal said the alibi in the killings was not particularly similar to what was proposed in the sexual offending and the alibi was not an essential part of the Crown case.

The evidence also carried a high risk of illegitimately prejudicing the appellant, the court said.