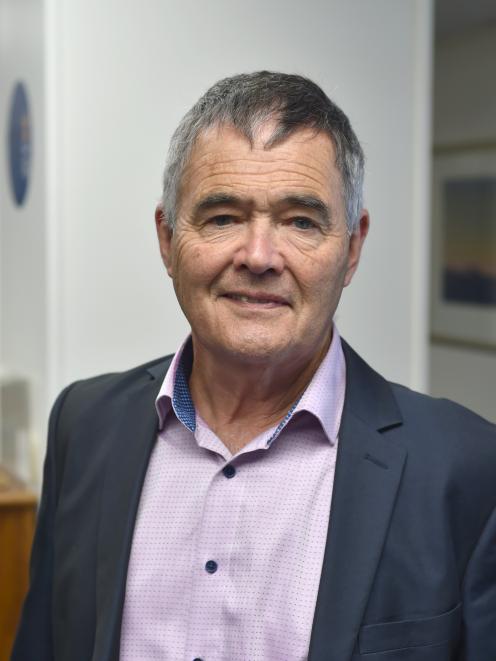 Dave Cull
Retiring Dunedin Mayor Dave Cull is a shock entry in to the race for the Southern District Health Board.

Mr Cull's nomination was confirmed this afternoon; 15 other people have so far been nominated for the four Otago and three Southland positions on the board.

Mr Cull (69) announced in May he would not seek another term as mayor.

Also president of Local Government New Zealand, Mr Cull had said he felt it was time to reduce his work demands and the commitments they required.

Under Mr Cull's leadership the city council had advocated for the new Dunedin Hospital to be built on a central city site; he has previously said the council had given the Ministry of Health an assurance it would streamline the planning process to try to smooth the project’s path to consent.

Mr Cull has also been at the forefront of campaigns for medical services, notably neurosurgery, to be retained in the region.

Mr Cull told the Otago Daily Times today that he was under no illusion as to the challenges the SDHB faced, but said he had the requisite skills for the job and was up for the challenge.

In 2015, then-health minister Jonathan Coleman fired the SDHB after it forecast a final deficit of $27 million for the financial year, a figure which had doubled in the previous six months and which was forecast to hit $42 million.

A commissioner team has run the SDHB since then, and the most recent DHB financial reports showed the SDHB had a $40 million deficit.

The commissioners are scheduled to hand over to a newly elected board after October's local body elections.

Nominations for the local body elections close on Friday.

Mayor Cull is more than qualified to run any organisation that sponges off the tax/rate payer. He has a stellar record of not listening to the people and forcing his minions to pay above CPI tax increases. He will surely fit it and make his contribution, just like his recent China trip.....

Rather harsh. Is the city off the rails? No, it's thriving. And his job has been to guide other councillors to spend our rates to benefit the city- not sponge off them.

With that attitude - Mr Cull had said he felt it was time to reduce his work demands and the commitments they required. Why would he even be considered, get some young person in the seat not somebody who has been, smells like the old boys network