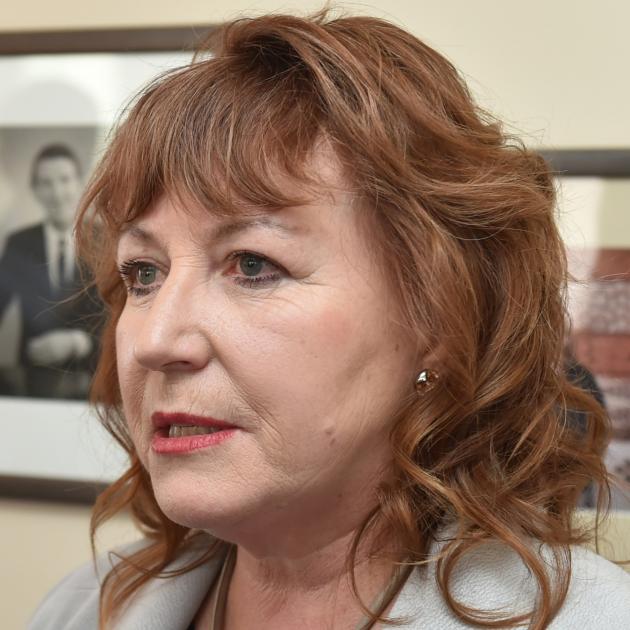 Dunedin South Labour MP Clare Curran. PHOTO: ODT FILE
Outgoing MP Clare Curran says an image of a National MP posed with a toilet emblazoned with her face on it left her feeling "traumatised" and suffering from "humiliation".

Curran announced last year she would not re-stand at this year's election, closing a 12-year career in Parliament.

It came a year after she was removed from Cabinet and stripped of her open government portfolios after not disclosing a meeting with tech entrepreneur Derek Handley, set up using her personal email account.

It was her second strike, after a similar omission in relation to a meeting with former Radio NZ boss Carol Hirschfeld earlier in 2018.

The outgoing Labour MP has revealed the alleged dirty politics she said was targeted with, and the toll it took emotionally as her political career came tumbling down, in an interview published today on The Spinoff.

The worst of it was in 2012, when she was sent photos from the National Party's Mainland Region conference, one showing fellow Dunedin-based MP, National's Michael Woodhouse, posed with a blue toilet seat with her face emblazoned on it.

The seat was reportedly used as a trophy for a debating competition.

"I was so shocked when I saw it. I have never been able to speak of it publicly because I felt embarrassed. I still feel quite traumatised by it," she told The Spinoff.

"They were literally encouraging people to piss on me."

Curran did not want to comment to the Herald.

Woodhouse said: "To be honest I cannot really remember it, and I don't think an eight-year-old photo is a burning issue of the day," he said. 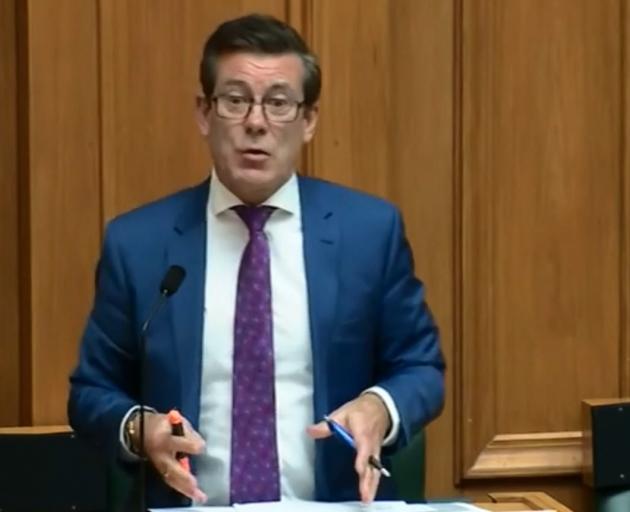 That meeting took place at Wellington's Astoria Cafe in early December but Curran failed to disclose it in response to written questions from National's Melissa Lee.

Hirschfeld lost her job after repeatedly telling her RNZ bosses, for unknown reasons, that it was a coincidental meeting.

At the time, Prime Minister Jacinda Ardern stood by Curran, saying she had corrected the record, though it had taken two and a half months and she should have done it sooner.

Curran also used her personal Gmail account to arrange a meeting with entrepreneur Derek Handley about the new government chief technology role that was going.

The meeting with Handley, on February 27, 2018, was not diaried and Curran's own staff did not know about it.

She again omitted to mention the meeting in answer to written questions, saying she simply forgot about it.

She then gave a nightmare performance while answering questions in Parliament about the emails and meetings from Lee, stumbling through her responses and obviously under pressure.

"I was trying to answer honestly and I couldn't come up with the words and my mind went blank," she told The Spinoff of the impact of that moment.

Lee told the Herald she felt for Curran, but denied there was a targeted National campaign against her.

"I know she has talked about some of this before, it can be difficult in Parliament, there are issues related to being a woman, and me personally as an ethnic minority.

"I do feel for her, what she had to go through with mental health issues, and I am glad she got help.

"But she still can't skirt around the fact this all happened as result of her incompetence, being a senior Cabinet minister, responsible for openness and transparency, and she herself could not set an example.

"There was no campaign against her, I was asking the questions, as is my duty as an opposition MP."

Lee said she had been unaware of the toilet seat photo, and it would be "inappropriate" for her to comment, referring the Herald to Woodhouse.

*An original version of this story from NZ Herald contained errors. NZ Herald apologises to Clare Curran for those.

I recall a bullying scandal during the last Labour Government that involved Labour MPs and in the mix a lady who would one day become an MP.

Poor thing. What about the time she and Dave Kearns denied a redundant Hillside worker a Christmas hamper because he was a National voter?

Woodhouse etc should be put under serious pressure to explain and apologise for that humiliating and bullying photo. Is this the kind of "character" our politicians are accepted to have?. A kind of abuse, exacerbated by **photos** to make the abuse public. Shameful. I'm sickened by this "character" display by a group of politicians. Yet I'm guessing the media will let this slip by with no repercussions. The media seem to focus very harshly on labour and green misdemeanours, calling for and creating resignations ... But National scandals get a bit of airplay ... And lead nowhere. Something smells rotten somewhere.

Really, from the most open, honest government ever!!!!!!

Only rotten smell that there is comes from the Beehive

I know Michael Woodhouse is usually in either angry or nasty mode, but even I'm surprised at how mean and cruel his toilet seat stunt was. Very low!

Curran showing, again, precisely why she's been such a low-quality MP, a characteristic she unfortunately shares with most other Dunedin MPs of the last 25 years.

Politics isnt for sooks. If you cant handle the heat like a snowflake they need to find a new career

What a shame Ms Curran has to choose this time to do a 'Look at me, woe is me' piece for the left wing Spinoff. At a time when everyday hard grafters are losing their jobs and businesses, Curran should just drift into obscurity, with her tax payer funded lifetime perks. Perks not earned from great achievement, but from just managing to keep her foot in the door for a period of time.
I recall a meeting with her, where I came prepared with facts and hard copy evidence. Ms Curran came with party slogans and rhetoric. On every point discussed, she had to ultimately accept her opinions were erroneous. At times she basically admitted to signing off on things that she had no detailed understanding of. At the end of that hour and a half long meeting, she had the arrogance to close with "We just have to agree to disagree". That left me speechless and disgusted. She basically had just said that despite all the evidence and proof against her views, which she had acknowledged were not based on any evidence, she was happy to ignore it and blindly carry on regardless.
Of the people, for the people. Not so much.
I wish her well in her retirement, but do everybody a favour and just go quietly.

Both sides of politics need to clean up their act.

Curran will not be missed - her conveniently "failing memory" regarding meetings seems to suggest that retirement was long overdue.

As for National, quit the schoolyard tactics. It's unimpressive.

If neither of the major parties deserve our votes we'd be silly to give them our votes. Mr Seymour is looking better, day by day.