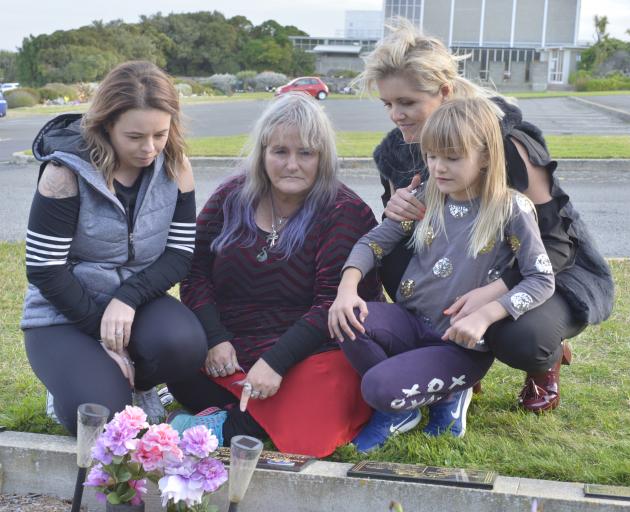 About $7500 worth of damage was caused at Andersons Bay Cemetery earlier this week.

Kimberley Gray and Kylie Hayes are angry and disappointed after discovering a $680 plaque their family put into commemorate Doug and Emma Hayes was one of about 10 which were badly damaged.

"We only put the plaque in in October last year," Ms Gray said.

"I just find it incredibly disrespectful."

Images were posted on a Dunedin community Facebook page of chipped monuments on Wednesday. 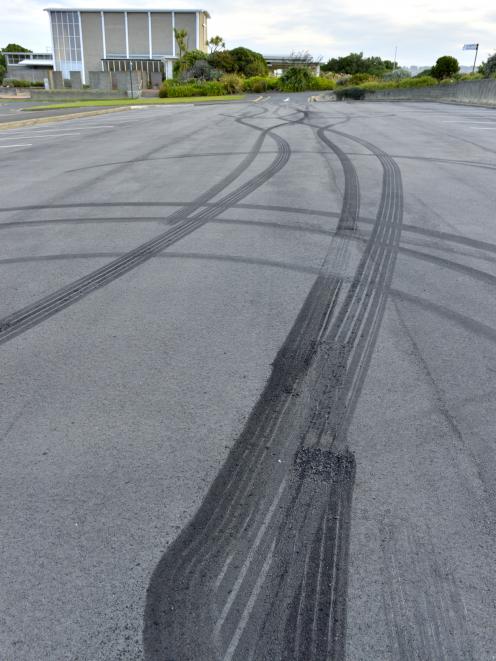 Not only the plaques but the concrete beneath them had been damaged.

A social media user who claimed to have witnessed the incident and tried to help said the person had been doing burnouts during a funeral, and had caused the damage unintentionally.

Ms Gray said she had been visiting her grandparents' grave because she was due to have another child, and she was upset to see the damage.

Both sisters said they wanted more security in cemeteries, possibly including CCTV cameras.

Police said were investigating, but had not yet made any arrests.

The plaque remembering Doug and Emma Hayes.
Council environment and planning committee chairman David Benson-Pope said as far as he knew, there were no cameras in council cemeteries.

He would do what he could to follow up the damage, he said.

"The council will always do its best to stop damage in all our memorial sites."

Council staff were unavailable to comment on the damage or who would pay yesterday.

Another woman whose family member's gravestone was damaged said it was "extremely upsetting, to say the least".

"The cost to rectify the damage, I guess will be owned by the families once again, which seems so very wrong."

Vehicles are barred from Andersons Bay, Southern, Northern, Green Park and Dunedin Cemeteries between 5.30pm and 8am from April to September, and from 7.30pm to 7.30am between October and March.

Boy racers do not do damage intentionally. Of course not. They don't do any damage. Their cars do.