DHB urged to do better for Pasifika 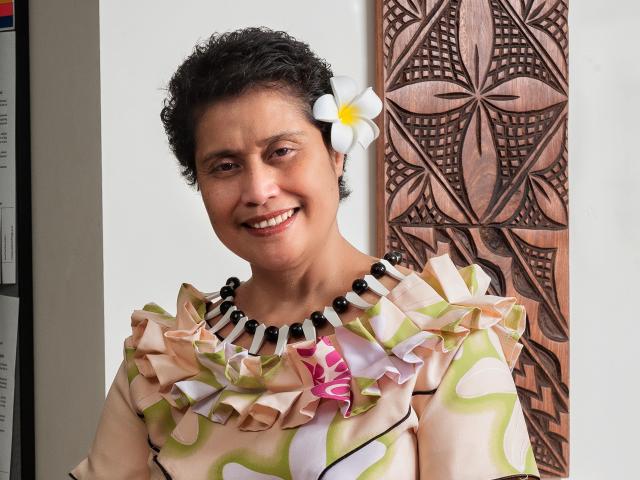 Prof Fa’afetai Sopoaga. Photo: ODT files
"Institutional racism" and a lack of engagement with Pacific Island communities has led to a fail grade for the Southern District Health Board from Pasifika leaders.

"The DHB has poorly served Pasifika for decades in this area. There is evidence of institutional racism, and poor engagement from public health and primary care services to our Pasifika people.

"There are no Pasifika people represented anywhere in the district health board and there are structural inequities as well as institutional racism.

"That’s just to be brief and to be blunt."

Pacific Island Advisory Charitable Trust chairman Dr George Ngaei, of Invercargill, gave the DHB a "four out of 10" for its engagement with Pasifika.

However, he said he remained optimistic about the future.

"It’s unfortunate the struggles we have had with the DHB," he said.

But she put forward four recommendations for the Southern DHB, which along with the country’s other 19 DHBs wraps up this month to make way for a new national organisation, Health New Zealand.

Firstly, she called for a "genuine partnership", and a pledge from the DHB, and then Health New Zealand, to work with Pasifika people as a "prerequisite and priority" for a successful health system.

She called for Pasifika representation at the decision-making table and relevant advisory committees establishing the new health entity.

There needed to be a genuine commitment to design "Pasifika-specific equity" into the new health system, including allocating money for that purpose in annual and long-term budgets.

And she asked that DHB management meet the Pasifika group this month to develop a business plan for Pasifika-focused health care provision in the South.

Committee chairman Tuari Potiki thanked the group, saying he believed most of those sitting around the committee table would agree with their assessment and accept the challenges they laid out.

"For what it’s worth, I apologise on the behalf of this committee ... we have not had good Pacific representation and that is our fault and our responsibility," he said.

"I know it’s easy to say, but I do, genuinely, I do regret and I am sorry that we have not responded appropriately and engaged appropriately with our Pacific community — that’s my view."

The board has since formally endorsed all four of the Pasifika group’s recommendations.