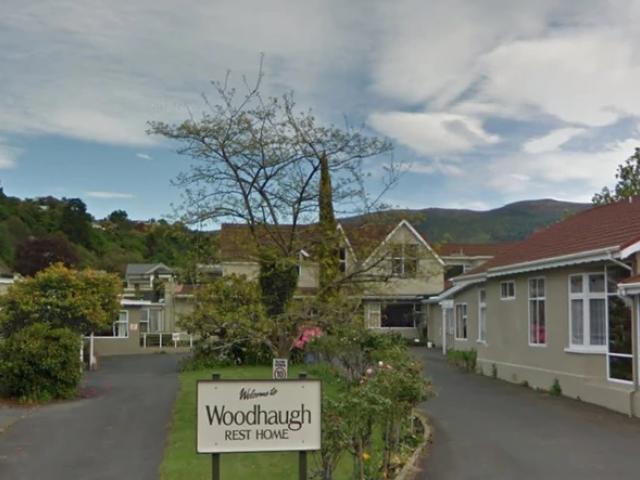 Photo: Google Maps
A veteran nurse has been found to have been unjustifiably dismissed from a Dunedin rest home and awarded over $31,000.

Kiwi Family Otago, which owned Woodhaugh Rest Home in North Dunedin, is to pay former facility nurse manager Stephanie Breen $15,000 compensation and over $16,000 in lost wages, KiwiSaver contributions and holiday pay. The rest home has since changed hands, according to a lawyer for the company.

The Employment Relations Authority (ERA), which released its decision yesterday, heard that the company was generally pleased with Breen's performance until November 2015, when concerns were raised about a failure to keep the facility's system updated.

Then-general manager Janice van Mil found some records were still not up-to-date the following month and in March 2016 audited the rest home's files, telling Breen she was "very upset" that some her assessments were so far behind.

"I expect to see significant improvement in your work performance over the next month, when your performance will be reviewed," van Mil said in a subsequent letter.

In July 2016 the facility was subject to a "spot audit" that Breen was not supposed to be present for; however, because of staffing issues Breen was covering someone else's shift when the auditor showed up.

The auditor raised concerns about the absence of completed staff appraisals, non-adherence to the staff education programme and issues with medication charts.

Breen said that her office had recently been emptied due to renovations so her files were spread throughout the building. She told the ERA she felt misled by van Mil for not telling her about the audit.

"Ms Breen says that Ms van Mil asked her whether she was motivated to fix the problems but that, as Ms Breen had been up for 36 hours without sleep and had been subject to a surprise audit without any input, she replied 'at this particular moment, no'," the decision said.

"According to Ms van Mil, she understood Ms Breen to mean she was not motivated to fix the problems generally."

An investigation meeting was organised, however, due to the unavailability of representatives of both parties a date could not be agreed upon.

After numerous cancellations, counsel for the rest home, Len Andersen, said it was taking too long and the meeting would go ahead, stating he was sure Breen could organise someone from the New Zealand Nurses Organisation (NZNO) to attend as her representative.

Andersen also stated that "while every effort had been made to allow Ms Breen to have her choice of representative at the meeting, that has not been possible".

"The meeting will be proceeding this morning and Ms Breen is required to attend".

Breen did not attend and she was dismissed for "serious misconduct".

"Ms Breen said that she did not know that she risked being dismissed if she did not attend the meeting on 7 October 2016," the decision said.

She said she had not been prepared to attend without representation and believed the meeting was going to be adjourned when no one from the NZNO could attend.

He found that the delay in finalising a meeting lay equally in the hands of the rest home bosses as it did with Breen and the NZNO.

"I find that, in all the circumstances, no fair and reasonable employer could have proceeded with the disciplinary meeting on 7 October 2016 without either Ms Breen or her representative being present, and without first having obtained a full written response from Ms Breen to the concerns. The dismissal was therefore procedurally unjustified," he concluded said.

A company director had said she had no option but to dismiss Breen because of risk to the business.

However, they did not have any idea what Breen's responses to the allegations were but "simply accepted the audit findings and Ms van Mil's comments," the decision said.

"In fact, I am not convinced that the findings of the audit report, even if all correct, reasonably enabled the respondent to find that Ms Breen had committed misconduct at all, as that implies a wilfulness for which there appears to be little cogent evidence."

Breen said she had felt a huge loss of confidence following her dismissal after a 40-year career. She had became constantly worried and anxious about undertaking small tasks.

"She felt that all the joy had gone out of her life, and she found herself withdrawing from social contacts," the decision said.

The ERA said Breen was in no way blameworthy for not attending the meeting; however, she did bear a proportion of the responsibility for shortfalls at the rest home and so reduced her remedies by 25 per cent.

Andersen said the decision may be appealed.

"[Breen] refused to attend an investigation meeting. It is difficult to see what else the employer could have done when she wouldn't go to the meeting," he said.

The NZNO, which is acting for Breen, declined to comment due to the possibility of an appeal.