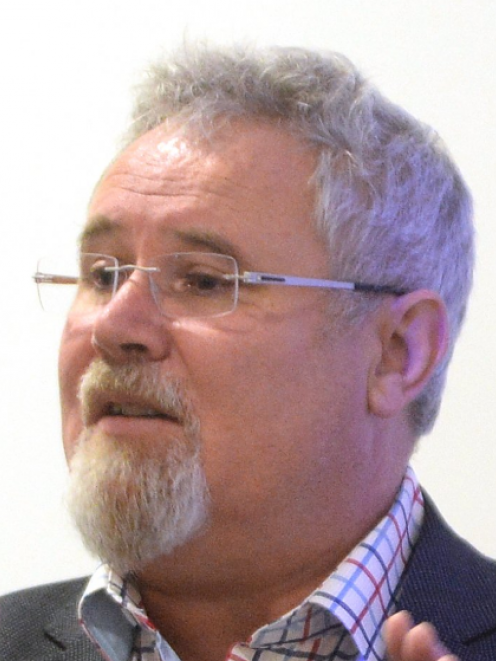 Richie Poulton
The future of the University of Otago's Dunedin Study has been safeguarded after it received more than $6 million in Health Research Council grants.

This is part of $43.8 million the university has just gained in the HRC's latest funding round, announced yesterday.

That Otago University funding was ahead of about $37.5 million received by Auckland University in the round, and well up on the $32 million Otago University gained in a similar, but smaller-scale HRC funding round last year.

The latest funding will support a "lifecourse study on ageing processes to inform early intervention strategies'', to be undertaken through the Dunedin Study.

And another researcher involved in the study, Bob Hancox, has received a further grant of $1,195,332 for "next generation studies'', linked to the research.

Murray Thomson, of the university School of Dentistry, who has been a senior researcher in the study for many years, said he was "very, very pleased'' with the funding, after some earlier uncertainty.

The Dunedin Study had been funded by the HRC and its predecessor body for more than 40 years. The Ministry of Business, Innovation and Employment stepped in with interim funding last year, after the Study did not receive an HRC programme grant, for the first time.

Otago University deputy vice-chancellor, research and enterprise Richard Blaikie said it was "fantastic'' that the Dunedin Study's funding had been continued.

The study has been the subject of several features in the Otago Daily Times over the past 35 years, and findings have been highlighted in many news reports. The study is also the subject of a television series, Why Am I?, on TV One.

Prof Blaikie said the injection of more funding for the HRC in the recent Budget had resulted in a "significant increase'' in the amount of Otago research being supported.

Prof Blaikie was "upbeat'' about the future of health research, given increased funding, and said Government Budget papers had also highlighted the importance of maintaining future funding for such longitudinal studies.

In the latest funding round, University of Otago researchers gained 22 contracts, including five multimillion-dollar, five-year programmes, and 17 projects, the latter each attracting more than $1 million in funding.